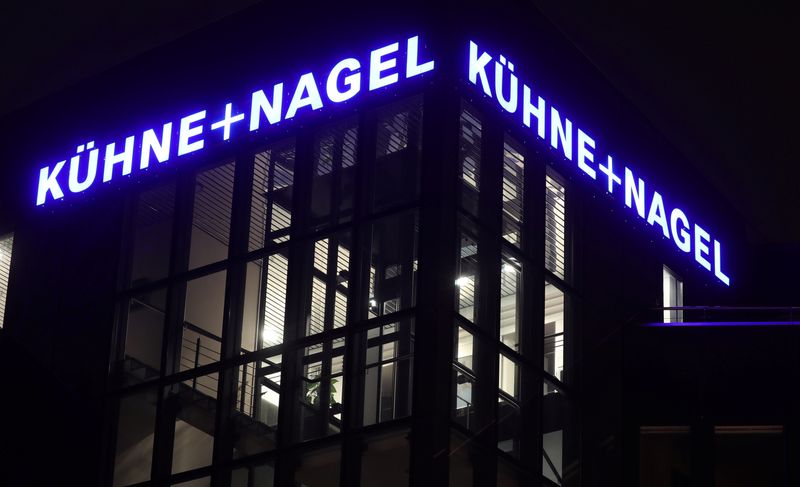 By Alexander Kloss and Ana CanteroRos

While its logistics volumes barely budged - sea freight was down 4% and air cargo was up 3% organically - quarterly earnings came in at 832 million Swiss francs ($869.20 million), up from 318 million a year ago. EBIT also landed 160% higher at 1.12 billion francs.

The Swiss group expects no big change in consumer behaviour and order volumes during the first semester of 2022 but declined to provide any specific guidance: "We are not giving any outlook at the moment because it would be very much speculative," Chief Financial Officer Markus Blanka-Graff said in a conference call.

The company does, however, consider it feasible for full-year results to be above or in line with the previous year, Chief Executive Officer Detlef Trefzger added.

All of the group's business units exceeded their prior year numbers, with Q1 EBIT in sea logistics, its largest segment accounting for almost half of the group's turnover, more than tripling to 621 million Swiss francs.

This comes despite a dip in container volumes - down to 1 million twenty-foot equivalent units (TEUs) from 1.1 million previously - and ongoing congestion at the world's largest seaport in Shanghai, as the tense market environment once again led to an exceptionally high operational workload, the company said.

Shares fell 3.2%, with investors concerned over how much longer the transport and logistics operator's special situation will last.

"We believe the need to diversify supply chains and source products and components from multiple regions will provide long-lasting benefits to the large, capable, third-party logistics firms like Kuehne+Nagel," Morningstar said.