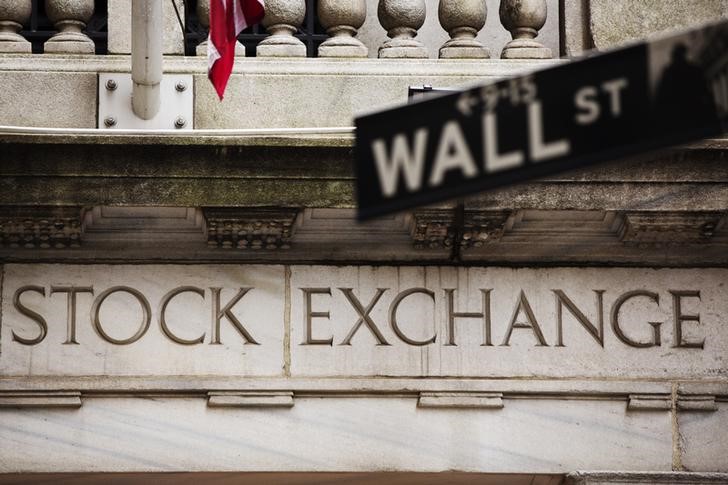 Investing.com -- The U.S. is expected to have added 250,000 new nonfarm jobs in July - the fewest since November but still a decent number by historical measures. The Democrats water down their tax plans under the influence of Senator Kyrsten Sinema. Warner Bros Discovery slumps after announcing a possible move to free, ad-supported streaming. India raises rates by more than expected and oil slumps to a new seven-month low. Here's what you need to know in financial markets on Friday, August 5.

A week of data tracking the U.S. labor market’s strengths and struggles culminates with the release of the employment report for July at 08:30 AM ET (1230 GMT).

Analysts expect nonfarm payrolls to have risen by 250,000 through the middle of the month, which would be the slowest level of hiring since November and would represent a further - if still relatively gentle - cooling from the red-hot state it was in earlier this year.

Current inflation dynamics will ensure that the sequential increase in average hourly earnings draws attention, as well as the participation rate. Uber's (NYSE:UBER) earnings earlier this week gave a strong hint that the cooling of the economy and the end of pandemic-era savings is forcing people back into the labor market.

2. Sinema reportedly set to back IRA

Democratic Senator Kyrsten Sinema extracted significant concession from her party over its so-called “Inflation Reduction Act”, which is set to be the most important piece of U.S. economic legislation between now and midterm elections in November.

According to The Wall Street Journal, Democrats will pare back elements of a 15% minimum tax on large, profitable corporations and drop a proposed tax increase on carried-interest income, signaling yet another victory for the private equity industry that profits most from it.

To replace the revenues lost by that, the party will add a 1% tax on stock buybacks to the legislation, with a goal of reducing the federal budget deficit by $300 billion, the Journal said.

The IRA is intended to fund many of the Democrats’ favorite projects on climate and healthcare.

U.S. stock markets are set to open in a holding pattern ahead of the employment report, which is set to have a huge influence on the size of the next interest rate hike from the Federal Reserve.

Stocks likely to be in focus later include Warner Bros Discovery (NASDAQ:WBD), which fell 10% in premarket after chief executive David Zaslav said it’s looking at the introduction of a free, ad-supported version of its streaming service. Markets didn’t like the implication for revenue and profit at the new spin-off.

The global monetary policy tightening cycle continued, as India raised its key interest rate by 50 basis points to 5.4%. As has been the case all year, the size of the hike came as a surprise to many.

Analysts nonetheless said they expected further increases to be more moderate, given signs that inflation pressures are easing. Food prices, in particular, have come off the boil in recent weeks, with the UN’s food price index falling for a fifth straight month in July.

India is set to overtake the U.K. as the world’s fifth-largest economy this year. Britain is facing 13% inflation and five straight quarters of economic contraction, according to the Bank of England’s latest forecasts, released on Thursday alongside its biggest rate hike in over 20 years. U.K. house prices, famous for defying gravity over decades, fell in July, according to a survey by lender Halifax.

Elsewhere in Europe, industrial production held up better than expected in June in Germany, France, and Spain, but fell in Italy.

Crude oil prices hit a new seven-month low overnight before recovering slightly, but still traded below $90 a barrel by morning in New York.

The Bank of England’s apocalyptic message had triggered a broader risk-off moment in global markets, specifically leading to the apparent capitulation of numerous oil bulls. CFTC data later (which run through Tuesday) may shed light on how positioning was going into that selloff.

Elsewhere, talks are due to resume on reviving the Iran nuclear deal that could lead to sanctions being lifted on the Islamic Republic. Actual progress – as opposed to just happy talk – remains hard to nail down, however.