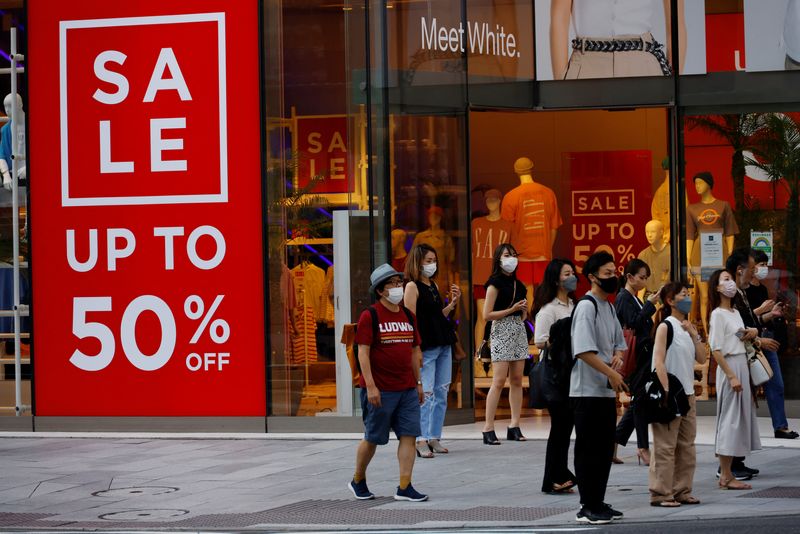 © Reuters. People wait for change of traffic sign in front of a shop at Ginza shopping district in Tokyo, Japan, May 28, 2022. REUTERS/Kim Kyung-Hoon/File Photo

A health ministry committee recommended on Monday that the country's average minimum wage be raised by 31 yen, or 3.3%, from the current level to 961 yen ($7.30) per hour, the Nikkei reported.

The committee, comprising management and labour union representatives as well as academics, makes the recommendation each year that serves as the nationwide standard for minimum wages.

The government sets a goal to raise the median average minimum wage at 1,000 yen or higher "at the earliest date possible."

Boosting wage growth has been a key policy priority for Prime Minister Fumio Kishida, as he seeks to redistribute wealth and cushion the blow to households from rising fuel and food costs blamed on the war in Ukraine.

Japan's core consumer prices rose 2.2% in June from a year earlier, a much slower pace than in many Western economies but remaining above the central bank's target for a third straight month.