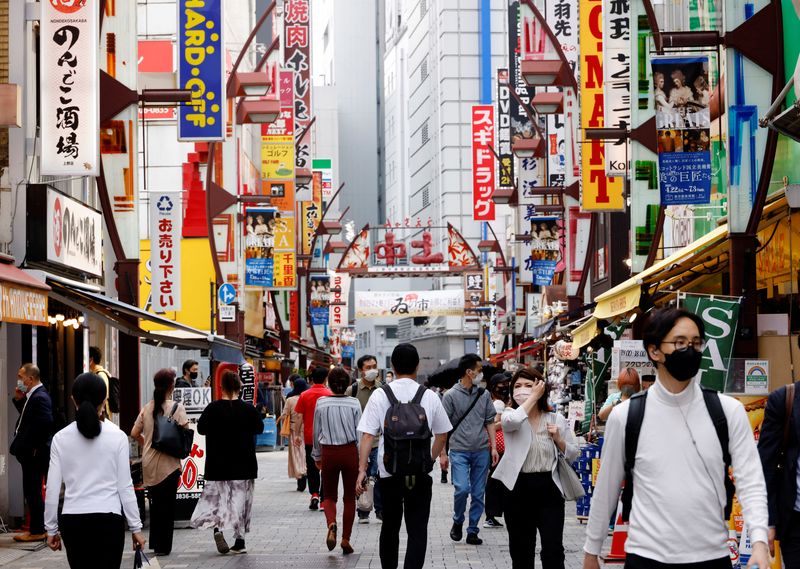 The forecast, which serves as a basis for compiling the state budget and the government's fiscal policy, included much higher wholesale and consumer inflation estimates as surging energy and food costs and a weak yen push up prices.

The world's third-biggest economy is now expected to expand about 2.0% in price-adjusted real terms in the fiscal year ending in March 2023, according to the Cabinet Office's projections, presented at the Council on Economic and Fiscal Policy – the government's top economic panel.

That marked a sharp downgrade from the government's previous forecast of 3.2% growth released in January. The cut largely stemmed from weaker exports, which the government expects to expand 2.5% compared to 5.5% in the previous assessment.

It released its projections days after the Bank of Japan downgraded expectations for growth for this fiscal year to March 2023 to 2.4% from 2.9% three months ago, and underscored the central bank's stance to maintain massive stimulus even as several other economies have started to hike rates to curb inflation.

It projected overall consumer inflation, which includes volatile fresh food and energy costs, at 2.6% for this fiscal year compared to 0.9% expected in the previous assessment in January.

Wholesale inflation was estimated at 9.8% for this fiscal year, much higher than 2.0% projected in January, as higher oil and food prices and a weaker yen pushed up raw material cost.

The higher consumer inflation was not expected to weigh greatly on private consumption as stronger spending on services such as travel was seen boosting this fiscal year's economic growth, a Cabinet Office official said.