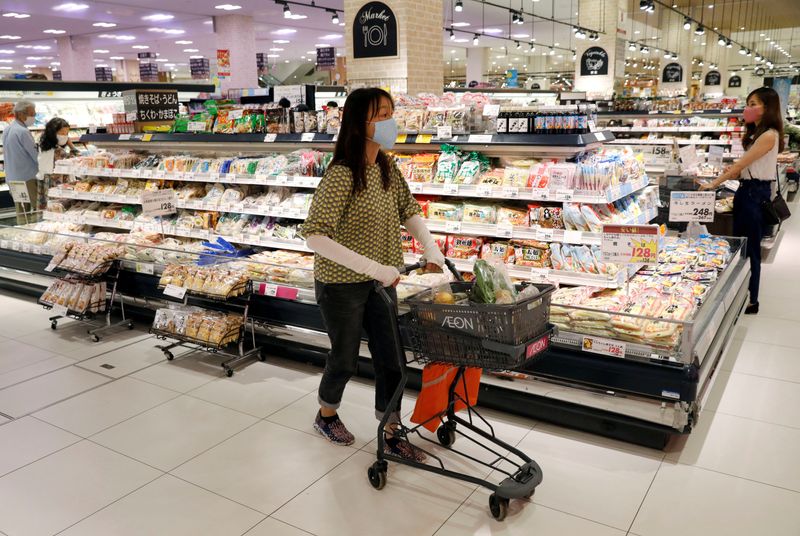 TOKYO (Reuters) - Japan's core consumer inflation likely hovered at a near two-year high in December as surging fuel and raw material costs continued to push up living costs for households, a Reuters poll showed on Friday.

But Japan's inflation remains far modest than that of other major economies including the United States, where strong demand and a tight job market are pushing up prices enough for the central bank to eye several interest rate hikes this year.

The nationwide core consumer price index (CPI) likely rose 0.6% in December from a year earlier, according to the median forecast in the poll of 18 economists.

That would mark the fastest pace of increases since February 2020 and higher than a 0.5% increase in November.

"Prices in Japan have been weak, but we're seeing the ripple effect of higher import costs due to a weak yen and soaring raw material costs," said Takeshi Minami, chief economist at Norinchukin Research Institute.

The poll also showed Japan's exports likely gained 16.0% year-on-year in December to mark the 10th straight month of expansion, following a 20.5% rise in the previous month.

Imports are expected to have surged 42.8% in value in December due to rising energy and raw material costs, according to the poll.

Core machinery orders likely grew 1.4% in November from the prior month, posting a second month of increase in a positive sign for capital expenditure, the poll showed.