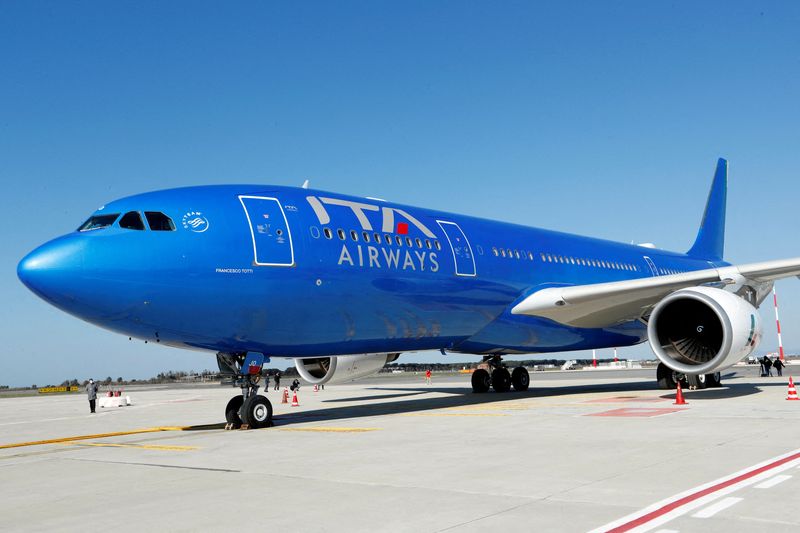 ROME (Reuters) -Italy has asked bidders willing to take over Ita Airways to come up with improved proposals, the economy minister said on Thursday, because the government does not deem the current bids to be sufficient.

Neither of the two rival bids currently fully met the government's goals for the privatisation of the company, Economy Minister Daniele Franco told a news conference.

Lufthansa Chief Executive Carsten Spohr said earlier on Thursday that the German airline was the best partner for Ita but warned that the company's patience in this instance was not endless.

Prime Minister Mario Draghi, who will remain in a caretaker position until a new government is formed after next month's election, told reporters he wants his administration to complete the sale procedure.