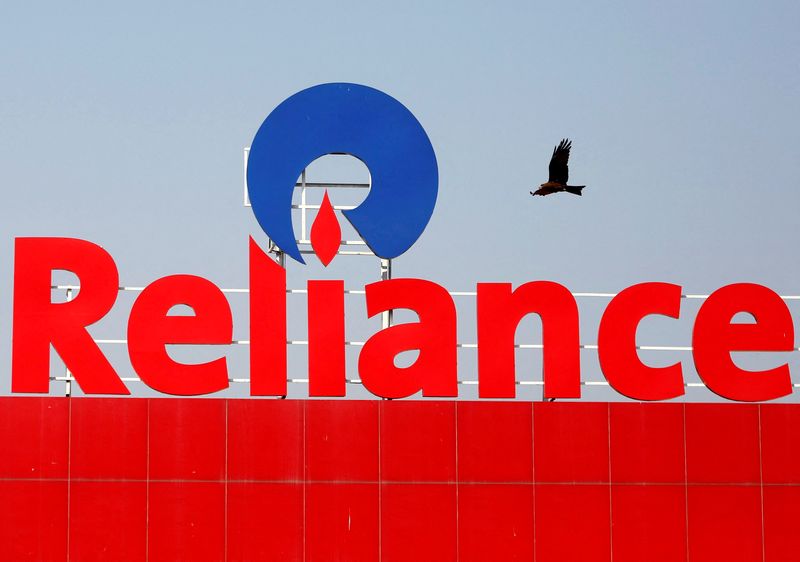 BENGALURU (Reuters) -India's Reliance Industries said it would invest 5.95 trillion rupees ($80.49 billion) to set up green energy projects and bolster its retail and telecom arms in the western state of Gujarat, as it targets net-zero carbon emissions by 2035.

Owned by billionaire Mukesh Ambani, the conglomerate has in the past year unveiled plans to reduce its dependence on its mainstay oil-to-chemicals business and invested in clean energy projects to brush up its green credentials.

The move is part of a larger renewable shift in the energy industry spurred by pressure from investors who want companies to do more to help in the fight against climate change.

Reliance will invest 5 trillion rupees over a span of 10 to 15 years to set up a 100 gigawatts renewable energy power plant and has already started scouting land for the project, it said in a filing https:// to the stock exchanges on Thursday.

The remaining sum will be spent on setting up solar modules, fuel cells and energy storage batteries, as well as investing in existing projects and new ventures over the next three to five years.

The company already has a massive footprint in Gujarat, operating the world's biggest refining complex in the city of Jamnagar.

Earlier in the day, another Indian conglomerate Adani Group and South Korean steel major POSCO (NYSE:PKX) said they aim to invest about $5 billion on projects that include setting up an integrated steel mill in Gujarat.