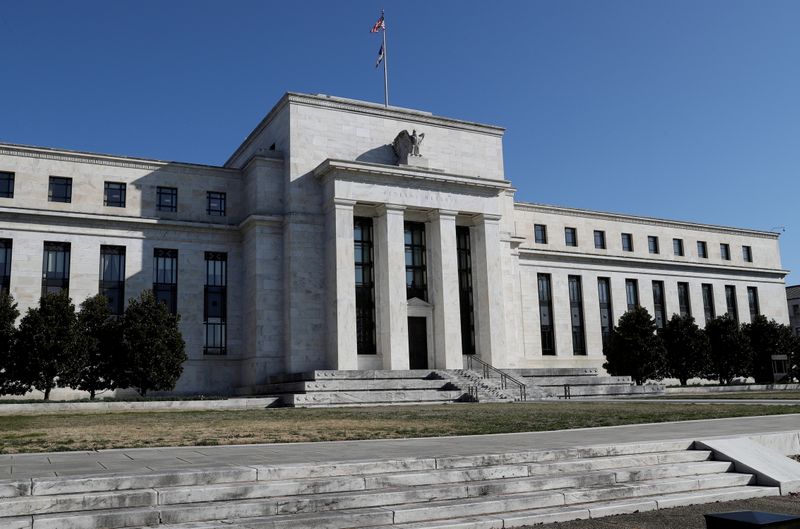 WASHINGTON (Reuters) - The International Monetary Fund's Executive Board on Thursday said the U.S. Federal Reserve has been "highly effective" at managing the COVID-19 crisis and supporting recovery with its commitment to overshoot a 2% inflation target in the near term.

The board, releasing its full report https://www.imf.org/en/Publications/CR/Issues/2021/07/22/United-States-2021-Article-IV-Consultation-Press-Release-Staff-Report-and-Statement-by-the-462540 on its annual assessment of U.S. economic policies, said the Fed must carefully communicate its thinking to ensure that the eventual withdrawal of monetary accommodation and asset purchases is orderly and transparent.

The IMF has raised concerns that higher U.S. interest rates will drain capital flows from emerging markets at a critical time in their recovery.

"Managing this transition — from providing reassurance that monetary policy will continue to deliver powerful support to the economy to preparing for an eventual scaling back of asset purchases and a withdrawal of monetary accommodation — will require deft communications, under a potentially tight timeline, to avoid market misunderstandings, volatility in market pricing, and/or an unwarranted tightening in financial conditions," the IMF said.

The Fund's board also said that Biden administration proposals to invest in infrastructure, aid vulnerable households, boost labor force participation and improve productivity were welcome, but noted that "a better targeting of policies" would strengthen their impact on demand and equality and lessen the risk of sustained inflation.

The IMF said the United State should prioritize spending towards programs that have the biggest impact on productivity, labor force participation, poverty reduction and the transition to a low-carbon economy.

The Fund also said more could be done to boost tax revenues, including phasing out tax credits at lower levels of household income, increasing the payment of estate taxes and reformulating business taxes on cash flow instead of profits.

"Reorienting the administration’s tax and spending proposals in this way would likely imply a slower (but more sustained) demand impulse, create a bigger boost to aggregate supply, and, in so doing, lessen the near-term risks posed by a sustained upswing in inflation," the Fund said.

The IMF report contains earlier estimates that the U.S. economy will grow 7% in 2021, assuming that the Biden administration's infrastructure and human capital investment plans are approved by Congress.