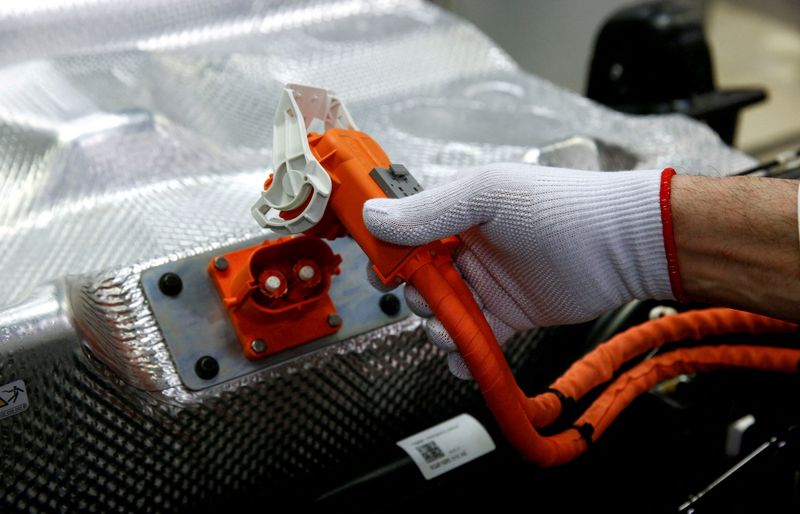 © Reuters. FILE PHOTO: A worker connects the battery during the assembly of an e-Golf electric car at the new production line of the Transparent Factory of German carmaker Volkswagen in Dresden, Germany March 30, 2017. REUTERS/Fabrizio Bensch/File Photo

Orders for goods 'Made in Germany' rose 3.7% on the month in seasonally adjusted terms after a revised drop of 5.8% in October, figures from the Federal Statistics Office showed.

A Reuters poll of analysts had pointed to a smaller increase of 2.1% on the month.

The rise was driven by a surge in foreign demand for capital and intermediate goods, with orders from other euro zone countries jumping 13.1% and bookings from clients outside the single currency bloc up 5%.

"This provides a positive impetus for the economic outlook, although economic activity continues to be burdened by existing delivery bottlenecks," the economy ministry said.

In contrast to previous months, orders for large-ticket items such as planes did not have a big impact on the headline figure in November. Excluding this special factors, industrial orders rose 3.8% on the month, the ministry said.