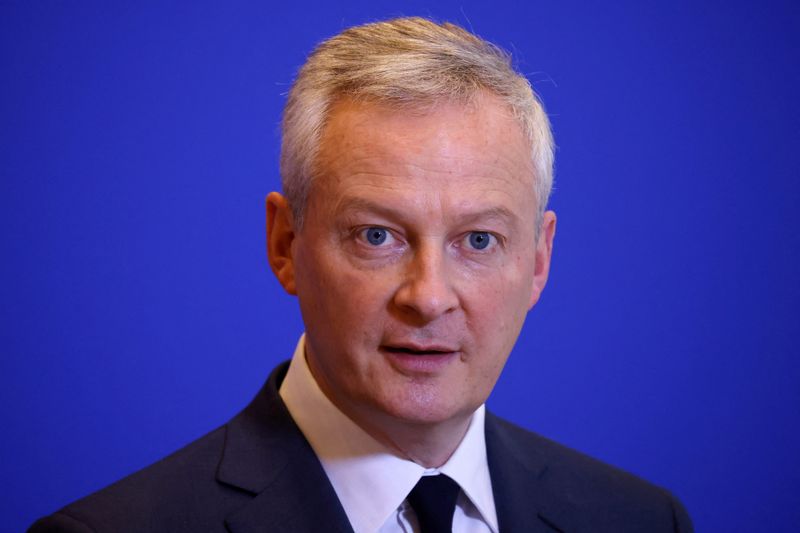 PARIS (Reuters) -French Finance Minister Bruno Le Maire said on Tuesday that the country's growth would be significantly higher this year than the government's current forecast of 6.25%.

Le Maire also told RTL radio that even though the surge of the Omicron coronavirus variant was disrupting some sectors there was no risk of it paralysing the economy.

"There may be some difficulties in January but there is no risk whatsoever of the economy being paralysed by Omicron", he said.

The latest COVID-19 variant sweeping across the globe has put France's average number of daily new cases at a record level of 167,338, a figure that jumped almost fivefold in a month.

Le Maire stood by its forecast for 4% economic growth for this year but for 2021 he said the gross domestic product (GDP) would be significantly higher than the current 6.25% government forecast.

"(France) will have a 2021 public deficit that will 'significantly lower' than 8% of gross domestic product whereas the government had expected an 8.2% ratio", Le Maire also said.