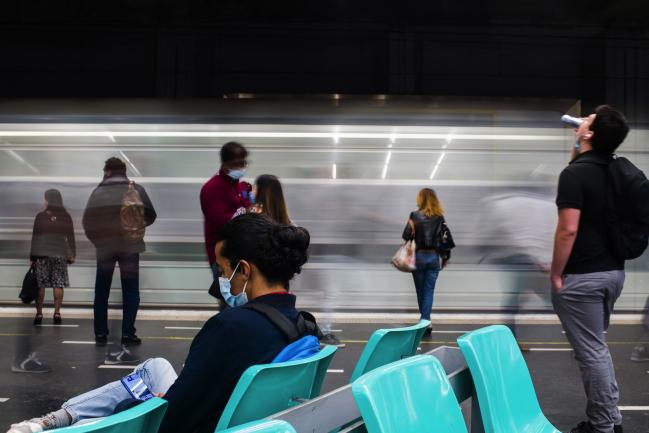 © Bloomberg. Morning commuters on a platform at the metro railway station in the La Defense business district in Paris. Photographer: Nathan Laine/Bloomberg

“The same energy that is being put into vaccination and plans for recovery spending also needs to be put into growth measures to make up for this lost output,” IMF First Deputy Managing Director Geoffrey Okamoto said in a blog published on the Washington-based fund’s website Tuesday. “The monetary and fiscal stimulus still flowing will serve as a springboard to a brighter and more sustainable future rather than a crutch to a weaker version of the pre-Covid-19 economy.”

Since March 2020, governments have spent $16 trillion on fiscal support and central banks have increased their balance sheets by a combined $7.5 trillion, Okamoto said. Deficits are the highest they have been since World War II and central banks have provided more liquidity in the past year than in the past 10 years combined, all of which was “absolutely necessary,” he said.

Had this not happened, the 2020 recession -- the worst since the Great Depression -- would have been three times worse, Okamoto said, citing IMF research.

Among the reforms Okamoto put forward are:

Reforms could raise annual growth in gross domestic product per capita by more than one percentage point in emerging-market and developing economies in the next decade, he said.