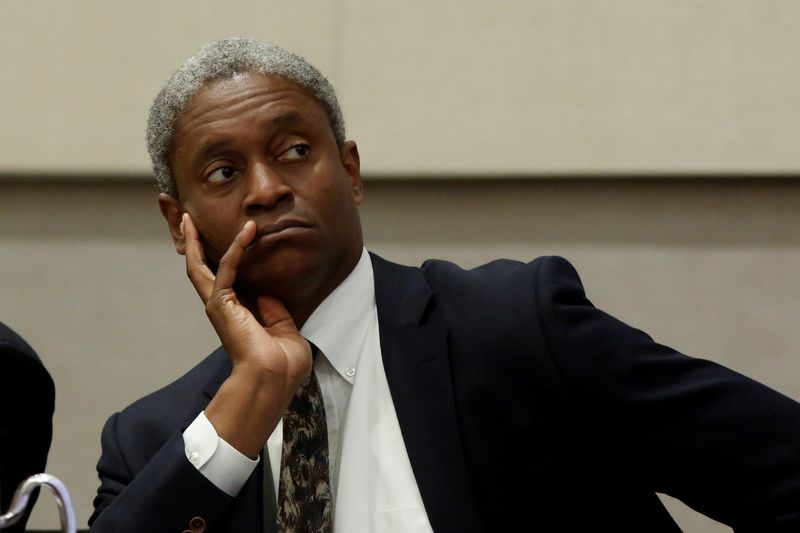 (Reuters) -Atlanta Federal Reserve President Raphael Bostic said on Tuesday he sees little evidence that the U.S. central bank's aggressive monetary policy tightening is slowing inflation, and borrowing costs will have to rise further for that to happen.

"Tighter money has not yet constrained business activity enough to seriously dent inflation," Bostic said in an essay posted on the Atlanta Fed's website. "I anticipate that more rate hikes will be needed" to get policy sufficiently restrictive to return inflation to the Fed's 2% target, he said.

Bostic did not indicate if he favored slowing the pace of future rate increases, or by how much more the Fed may need to increase its benchmark overnight interest rate beyond the current 3.75%-4.00% range.

But Bostic, like other Fed policymakers who have spoken recently, made clear that the central bank's battle to tame price pressures isn't over, and that rates would continue rising even at the risk of a broader economic slowdown.

Though Bostic said a recession could be avoided, he added that such a scenario "would be preferred to the alternative" in which inflation becomes entrenched.

There were, he said, "glimmers of hope" around some aspects of inflation, including a slowing pace of price increases for goods. But "we will need to see increases in services prices slow, too. So far we haven't."

"Right now, job number one for the FOMC is to tame inflation that is unacceptably high," Bostic said, referring to the U.S. central bank's policy-setting Federal Open Market Committee. The Fed's preferred measure of inflation is running at more than three times its 2% target.

Once the Fed's policy rate gets to an appropriately restrictive level, the central bank will need to keep it there "until we see convincing evidence that inflation is firmly on track" to 2%, Bostic said.