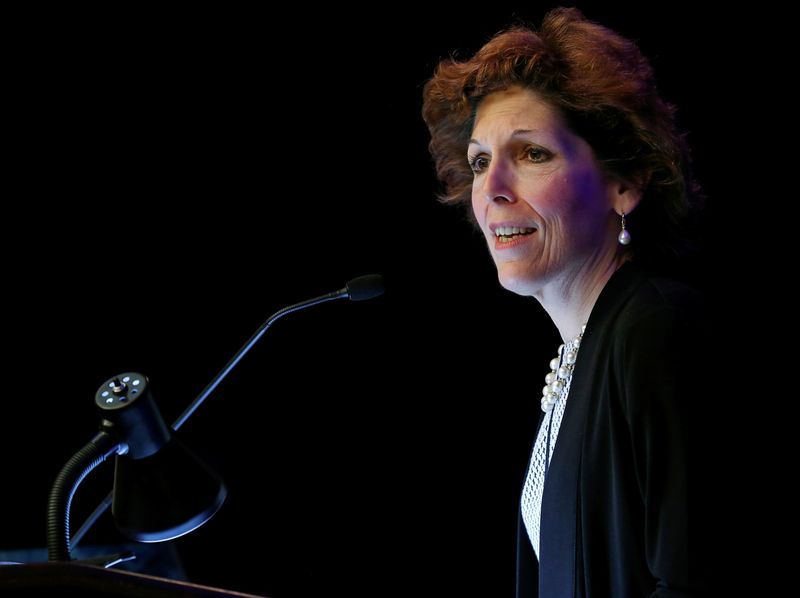 (Reuters) - Cleveland Federal Reserve Bank President Loretta Mester reiterated on Thursday that she will need to see several months of inflation coming back down towards the U.S. central bank's 2% target before policymakers feel they can let up on tightening monetary policy.

"We're going to see variation in the numbers," Mester said during an event held at the Economic Club of Pittsburgh. "But that won't necessarily be compelling evidence. I personally need to see several months of inflation coming down."