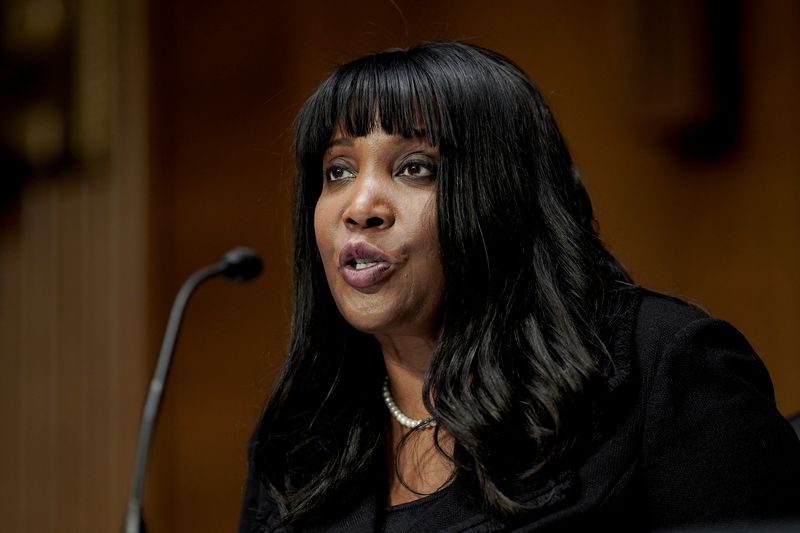 © Reuters. FILE PHOTO: Dr. Lisa DeNell Cook, of Michigan, nominated to be a Member of the Board of Governors of the Federal Reserve System, speaks before a Senate Banking, Housing and Urban Affairs Committee confirmation hearing on Capitol Hill in Washington, D.C.,

(Reuters) -Lisa Cook, one of President Joe Biden's nominees to the Federal Reserve, moved a step closer to confirmation on Tuesday after clearing a procedural hurdle in the U.S. Senate despite opposition from Republican lawmakers.

Senators voted 50-49 to end debate on Cook's nomination, opening the way for a Senate confirmation vote that would make her the first Black female governor in the Fed's history.