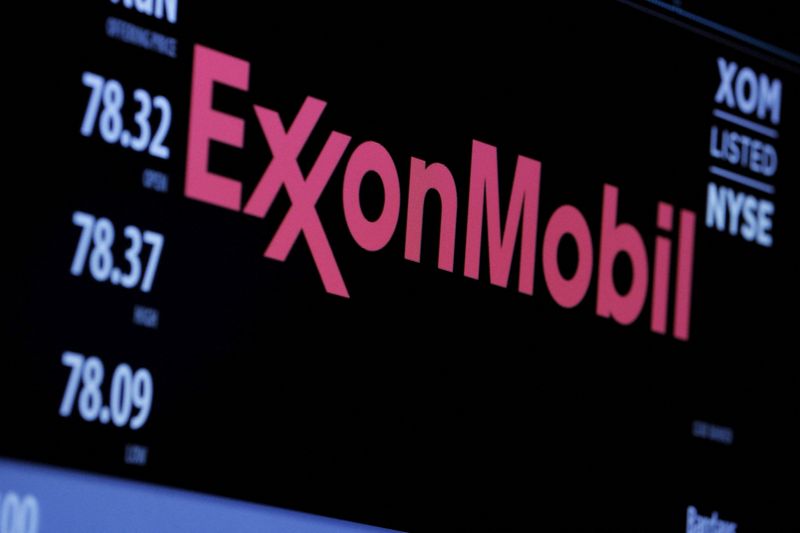 © Reuters. FILE PHOTO: The logo of Exxon Mobil Corporation is shown on a monitor above the floor of the New York Stock Exchange in New York, December 30, 2015. REUTERS/Lucas Jackson

(Reuters) - Exxon Mobil Corp (NYSE:XOM) doubled its first-quarter per-share profit on Friday, boosted by surging oil and gas prices even as it took a $3.4 billion writedown from its planned exit from its Russian operations.

The top U.S. oil producer also said it had kicked off a previously announced buyback program and expects to repurchase up to $30 billion in shares by the end of next year.

The results included a $3.4 billion after-tax hit on the oil major's Russia Sakhalin-1 operation, which it said it would exit on March 1, shortly after Moscow's invasion of Ukraine on Feb. 24.

Exxon's output of crude and other liquids including bitumen and synthetic oil was 2.3 million barrels per day, a 5% drop from the previous quarter. Natural gas production fell by 1.5%.