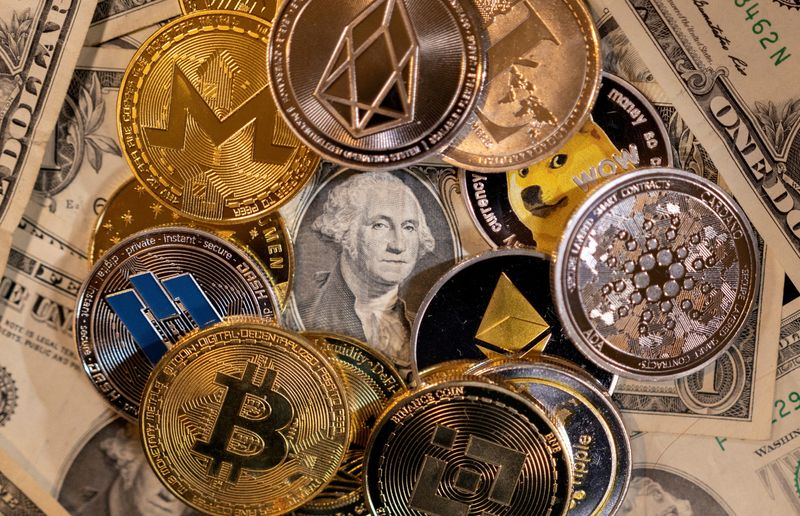 (Reuters) -Blockchain-based payments company Roxe Holdings Inc is nearing a deal to go public through a merger with blank check company Goldenstone Acquisition Ltd at a combined valuation of $3.65 billion, according to people familiar with the matter.

The deal bucks an unfavorable market environment with cryptocurrencies plunging in value and investors largely losing interest in special purpose acquisition companies (SPACs) of this sort partly because of disappointing returns.

None of the Roxe investors plans to sell their stakes, the sources said. Goldenstone raised just $57.5 million in its initial public offering in March this year, a slither of the deal's value.

Roxe investors are also entitled to an earnout for additional shares in the combined company if certain stock price targets are met, according to the sources.

A deal could be announced later on Tuesday, the sources said, requesting anonymity ahead of an official announcement.

Founded in 2019, Roxe connects banks, payment firms and remittance companies, facilitating cross-border payments using their private blockchain tokens. It does not use cryptocurrencies, whose market value has been volatile.

This would be Roxe's founder Haohan Xu's second SPAC merger this year after he agreed to take crypto exchange Apifiny public earlier this year in a $530 million deal.

About 600 SPACs that went public in the past couple of years are still trying to complete deals, according to data from Dealogic. A little over six months into 2022, 26 SPAC mergers have been terminated in the United States, according to data from industry tracker Spac Research. That compares with a total of 18 in the whole of 2021, and 7 in 2020.