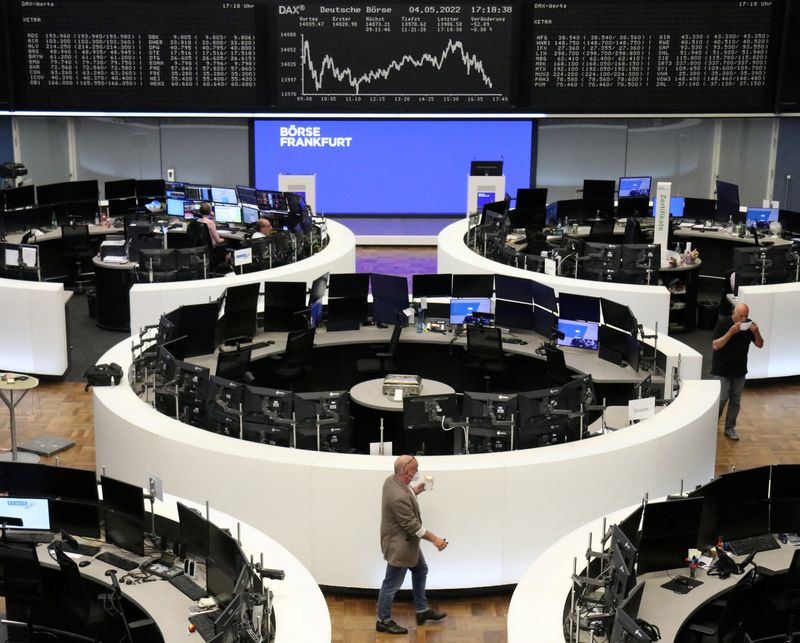 Battered technology stocks rose 3.2%, the most among European sectors, followed by automakers and industrial stocks.

Airbus jumped 7.1% after reporting a higher-than-expected first-quarter profit and as the planemaker firmed up record plans for a 50% hike in key narrowbody jet output.

Oil giant Shell (LON:RDSa) jumped 2.9% after reporting a record first-quarter profit of $9.13 billion, boosted by higher oil and gas prices and a strong performance of its trading division.

BMW gained 2.9% as it posted a rise in quarterly profit, lifted by a reevaluation of the German carmaker's stake in its Chinese joint venture and strong pricing.