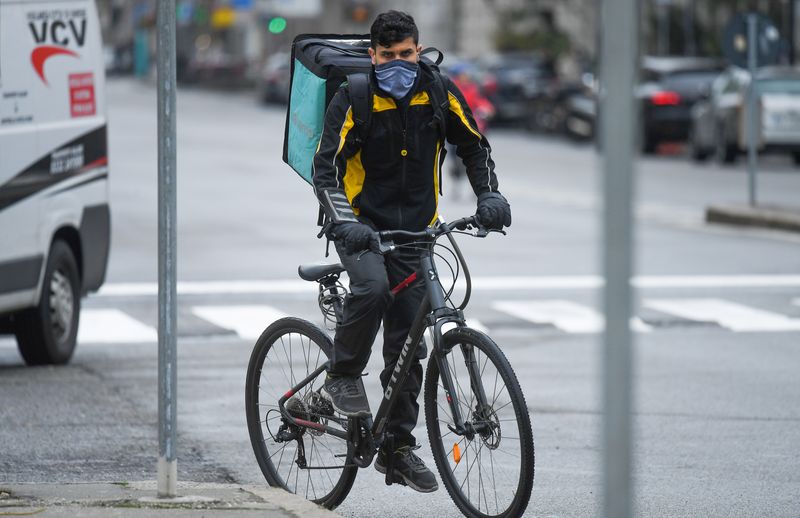 (Reuters) - European food delivery companies will be forced to slash their forecasts in the second half of the year as record-high inflation and rising borrowing costs take a toll on consumers, analysts at J.P. Morgan said on Monday.

The brokerage said food delivery has so far not been "stress tested" in a recession, but views the sector as highly discretionary and expects a sharp drop in orders.

The outlook comes amid Euro zone inflation touching a record 8.1% last month — more than four times the European Central Bank's target — and a forecast of British households' real disposable incomes likely falling 2.2% this year. That would be the largest decline since records began in the 1950s.

The Organisation for Economic Co-operation and Development too said earlier this month that Britain's economy will stagnate in 2023 in the face of high inflation.

To tame surging inflation, global central banks are rushing to raise interest rates, with the U.S. Federal Reserve last week approving its largest rate hike in more than a quarter of a century.

The increasing rates, however, have also sparked fears of a recession in major economies amid an environment of slowing global growth and waning consumer demand.

Diebel downgraded Deliveroo to "underweight" from "neutral" as he expects the company to be most vulnerable to fading consumer demand, and have the longest path towards group profitability.