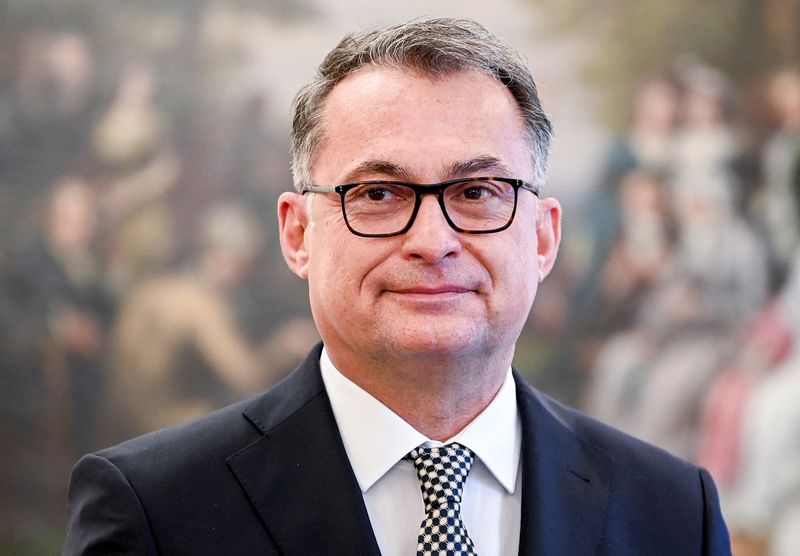 The remarks, made at his swearing-in ceremony, are Nagel's first as head of the German central bank, which has traditionally taken a hawkish stance on inflation risks.

"It's true that high inflation rates can be attributed to special effects that expire automatically. But not entirely," Nagel said. "I see a danger that inflation could remain high for longer than expected."

Inflation in the 19-country currency bloc hit a record-high 5% last month but the ECB has downplayed the figure, arguing that surging energy prices are mainly responsible and that price growth will settle back below its 2% target by the end of the year even without policy tightening.

The Bundesbank has long questioned this narrative, warning that the profile of inflation is not as benign, and Nagel appears to be siding with predecessor Jens Weidmann, who quit with five years of his second term left after unsuccessfully fighting the ECB's ultra-easy policy for a decade.

Nagel, 55, a central banking veteran, warned that inflation hurts the poorest and promised to remain an advocate of price stability.

"The people of Germany rightly expect the Bundesbank to be a vocal advocate of the stability culture. I can assure you: it will remain so," he said.

Nagel, who will head the Bundesbank for eight years, said the inflation outlook remains extraordinarily uncertain and that monetary policy may need to respond if actual outcomes beat expectations.

Weidmann unsuccessfully opposed a decision by the ECB in December to extend stimulus as policy doves hold a comfortable majority in the ECB's 25-member Governing Council. Weidmann was one of just five policymakers who opposed that decision, although sources close to the discussion said at least another five could change sides if inflation continues to beat expectations, as it has over the last year.

Earlier on Tuesday, ECB chief economist Philip Lane argued that inflation will fall sharply this year and come in below the bank's 2% target both next year and 2024. Until last year, when the ECB predicts inflation was 2.6%, it had undershot the target for nearly a decade. It sees inflation at 3.2% this year.

Lane dismissed warnings about upside risks, arguing that wage growth, a precondition for durable inflation, remains anaemic, suggesting that companies are not adjusting their price and wage setting behaviour.