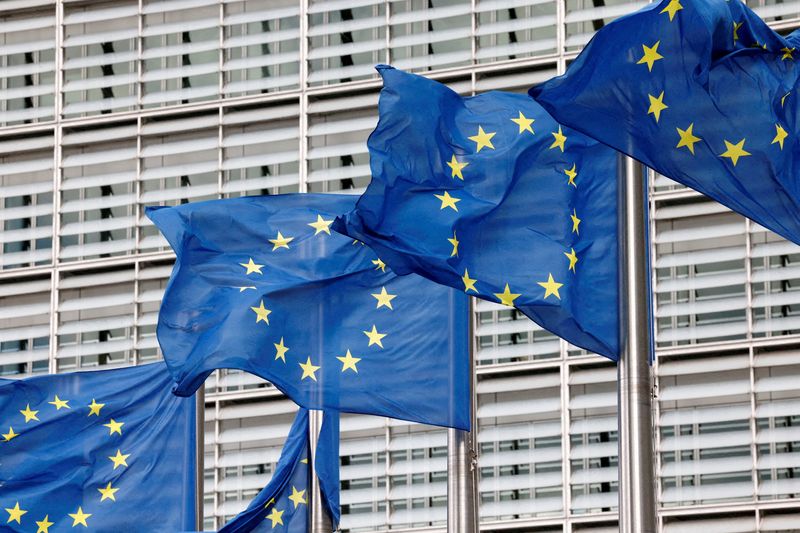 FRANKFURT (Reuters) - Euro zone banks are set to repay 296 billion euros in multi-year loans from the European Central Bank next week, the ECB said on Friday, in its latest step to fight runaway inflation in the euro zone.

This is less than the roughly 500 billion euros many analysts expected for the first voluntary repayment window of the ECB's Targeted Longer Term Refinancing Operation (TLTRO) since terms were changed last month.

The ECB has given banks an incentive to get rid of those loans by taking away a rate subsidy last month. It was its first move to mop up cash from the banking system and the first step towards unwinding its massive bond purchases.

ECB policymakers will look at how the market digests this sudden drop in cash to gauge how fast they can proceed with reversing the ECB's 3.3-trillion-euro Asset Purchase Programme, which they will discuss at their Dec. 15 meeting.

Banks have a further repayment window next month.