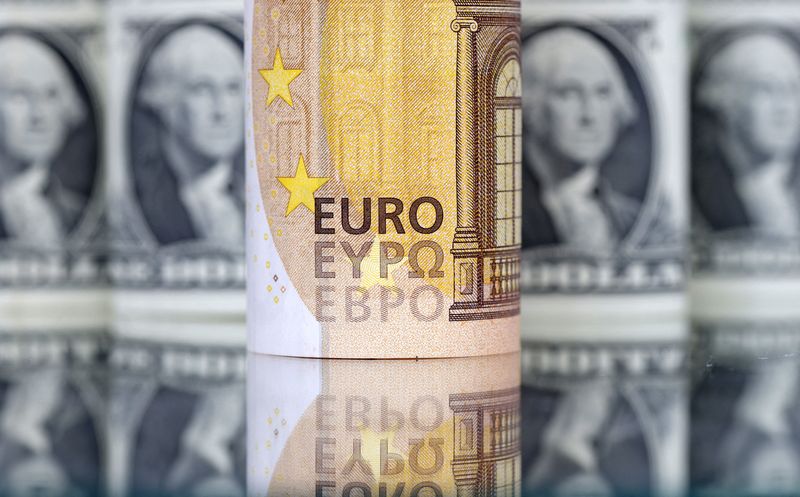 SINGAPORE (Reuters) - The euro nursed losses on Wednesday after its sharpest drop in two weeks, as a cut in Russian gas supply sent energy prices soaring, while the dollar held ground ahead of an expected U.S. interest rate hike later in the day.

The euro fell about 1% to $1.0108 overnight, the largest fall since July 11 and was steady in early Asia trade at $1.0139. Europe's growth remains vulnerable to Russian gas supplies, which have become a major risk since the start of the Ukraine war.

Flows along the Nord Stream pipe from Russia to Germany fell on Tuesday and will drop further on Wednesday.

"Energy supply is likely to remain a key issue for the European economy over the coming months," said Kristina Clifton, a currency strategist at Commonwealth Bank of Australia (OTC:CMWAY). "The euro can trade below parity, more than just briefly (and) sooner rather than later."

Elsewhere moves have been restrained ahead of the Federal Reserve's policy announcement due at 1800 GMT. The yen was steady at 136.98 per dollar. The Australian and New Zealand dollars edged marginally higher in early trade, but were kept below Tuesday highs. Sterling hovered at $1.2048.

Markets have priced in a 75 basis point Fed hike later on Wednesday, with a 13% chance of a supersized 100 bp raise.

Focus will also be on the news conference at 1830 GMT for any hint that policymakers' resolve to hike further is waning as growth slows.

"It's more of a wait-and-see rather than the expectation of a large surprise," said Galvin Chia, emerging markets strategist at NatWest Markets.

He expects the U.S. dollar to remain supported by safe haven flows over the longer term, amid a darkening global outlook.