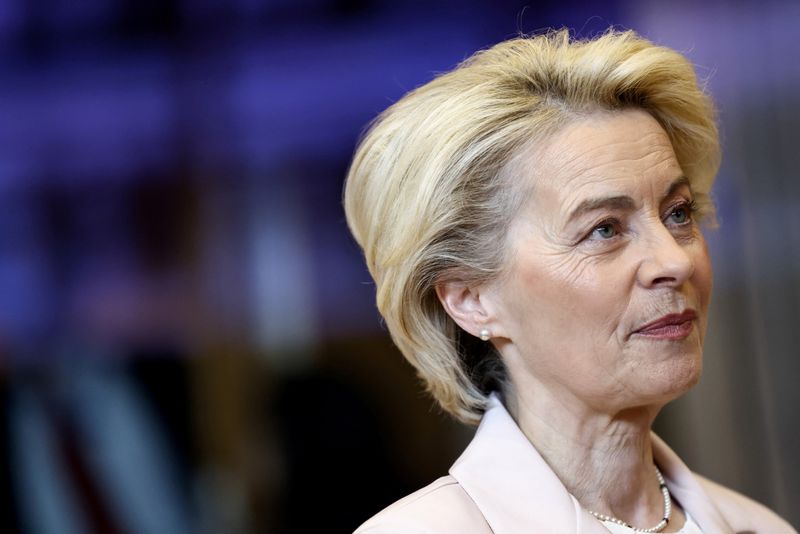 STRASBOURG (Reuters) - The European Union will ban three Russian state-owned broadcasters as part of a sixth sanctions package over Moscow's war in Ukraine, the bloc's chief executive said on Wednesday.

"They will not be allowed to distribute their content anymore in the European Union, in whatever shape or form, be it on cable, via satellite, on the internet or via smartphone apps," European Commission President Ursula von der Leyen told EU lawmakers in Strasbourg.

"We should not give them a stage anymore to spread these lies," she added.