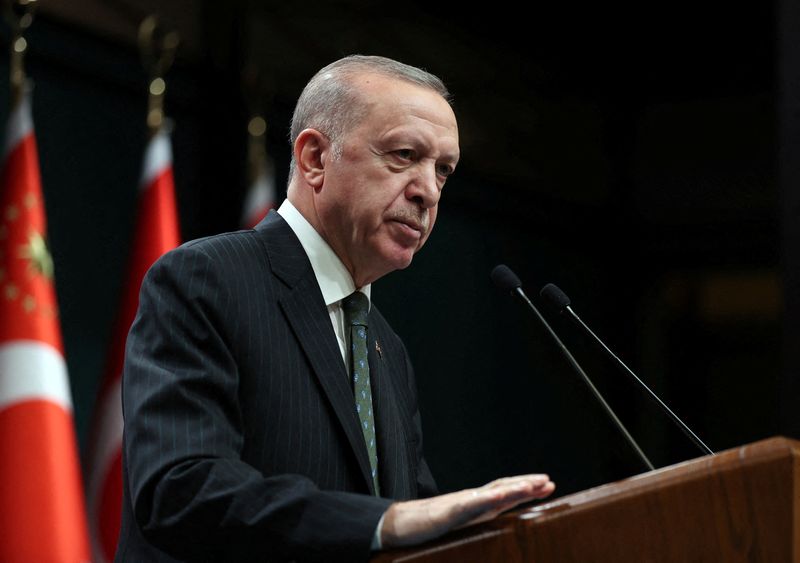 ANKARA (Reuters) - Turkey will bring prices down as soon as possible, President Tayyip Erdogan said on Wednesday, after annual inflation soared above 36% in December due largely to a currency crisis brought on by his unorthodox low-rates policy.

In a speech to lawmakers from his ruling AK Party in parliament, Erdogan said the inflation figures were not in line with economic realities in Turkey and he hoped to see the benefits of Ankara's economic policy in the summer.