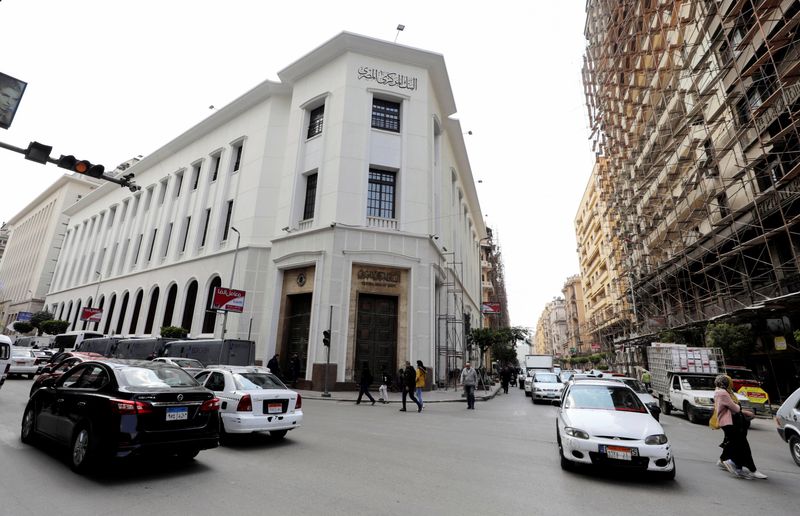 (Reuters) -Egypt's central bank kept its overnight interest rates unchanged on Thursday, saying that for the next six months it would tolerate elevated inflation, caused mainly by the Ukrainian conflict, as the economy grows more slowly than expected.

The Central Bank of Egypt (CBE) held its lending rate steady at 12.25% and its deposit rate at 11.25%, its Monetary Policy Committee said in a statement accompanying the rates decision.

A poll of 17 economists, some citing a need to dampen inflation, had expected the bank to raise the deposit rate by a median 50 basis points (bps) and the lending rate by 25 bps.

"In accommodation of the first-round effects of supply shocks, the elevated annual headline inflation rate will be temporarily tolerated relative to the CBE's pre-announced target of 7 percent (±2 percentage points) on average in 2022 Q4, before declining thereafter," the committee statement said.

"Going forward, economic activity is expected to expand at a slower than projected pace. This is mainly a result of the unfavorable spillovers emanating from the Russo-Ukrainian conflict," the committee said.

The bank raised key interest rates by 200 bps at its last meeting on May 19, saying it was seeking to contain inflation expectations after prices surged by their quickest in three years. In March it raised rates by 100 bps, its first increase in 18 months.