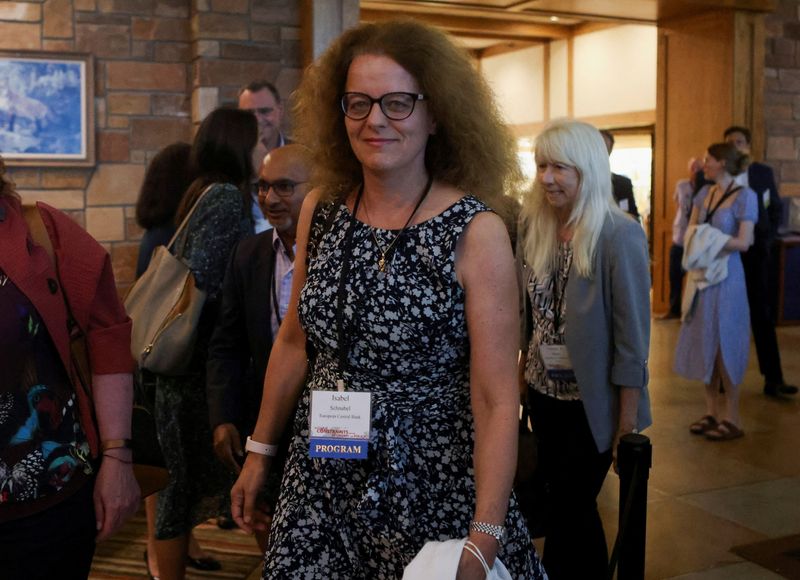 FRANKFURT (Reuters) - The euro zone is facing an economic downturn but inflation is still far too high, so interest rates need to keep going up, European Central Bank board member Isabel Schnabel said.

"A looming downturn would have a dampening effect on inflation," Schnabel told German news website t-online in an interview. "However, the starting point of interest rates is very low, so it is clear that we need to continue raising rates."

While Schnabel did not yet consider a recession the base case for the euro zone, she warned that it may be unavoidable in Germany, the 19 country bloc's biggest economy.

Market expectations are split between a 50 and a 75-basis-point rate hike in October. Schnabel did not hint which way she was leaning but merely said the ECB would do whatever is needed to get inflation under control.