China's Shimao says it has no deal to sell Shanghai plaza, shares slump 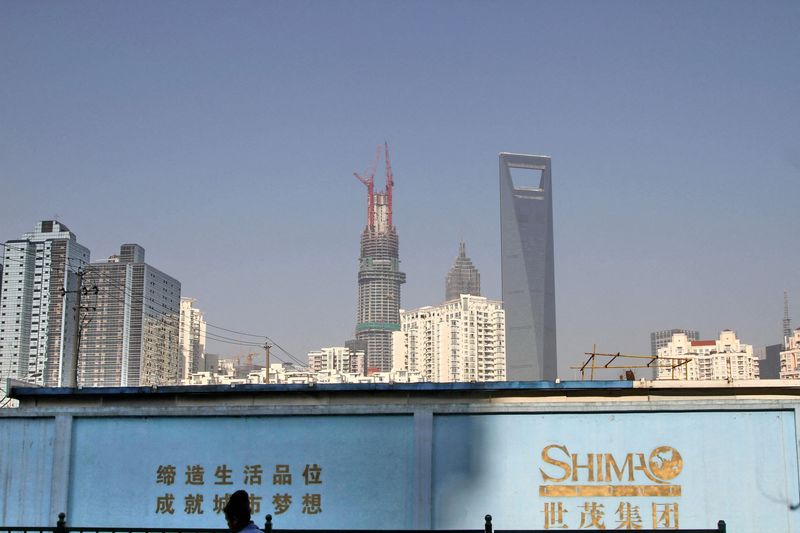 © Reuters. FILE PHOTO: A man walks past a wall carrying the logo of Shimao Group, with residential buildings and the financial district of Pudong seen in the background, in Shanghai, China January 1, 2013. REUTERS/Stringer

HONG KONG (Reuters) -Shares of Chinese property developer Shimao Group Holdings fell 5% in early Asian trading on Tuesday after it denied a media report that it has entered into a preliminary agreement to sell a Shanghai plaza.

Shimao said in a filing, however, it is in talks with some potential buyers and may consider disposing off some properties in order to reduce its indebtedness.

The Shanghai-based developer said it defaulted a trust loan last week after missing a 645 million yuan ($101.10 million) payment that it guaranteed.

Caixin reported over the weekend that Shimao had struck a preliminary deal with a state-owned company to sell its Shimao International Plaza Shanghai, for more than 10 billion yuan.

The report said the firm has put on sale all of its real estate projects, including both residential and commercial properties, and it is also in talks with China Vanke to dispose some assets.

In the filing, Shimao said it has no outstanding asset-backed securities (ABS) due and payable as of Tuesday.