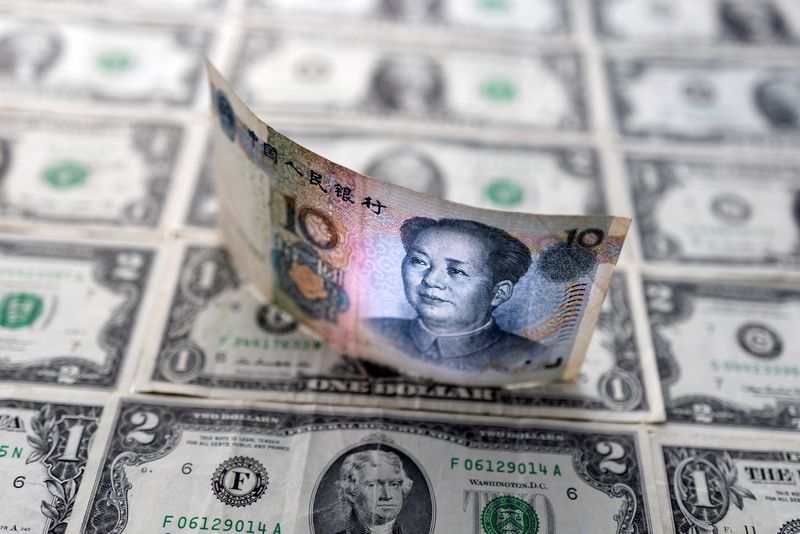 The sources with knowledge of the matter told Reuters that state banks were seen swapping yuan for dollars in the onshore forwards market, leaving one-year dollar/yuan swap points to a low of -51 points, the lowest level since March 2019.

Buy-sell swaps help to reduce the supply of dollars that the market can access to short-sell the yuan.

State banks usually trade on behalf of the central bank in China's FX market but they can also trade on their own behalf or execute orders for their corporate clients.

One of the sources noted that the cost of accessing dollar funding by overseas Chinese banks had been rising rapidly, and using FX swaps to obtain dollars had become rather "cost-effective".

State lenders used such tactics frequently in 2019 to support the Chinese currency, which faced mounting depreciation pressure due to heightened bilateral trade tensions with the United States.

This time around, the yuan regained some downside pressure, with the onshore yuan losing about 5.5% of its value against the dollar this year to trade at an 18-month low as of Tuesday.