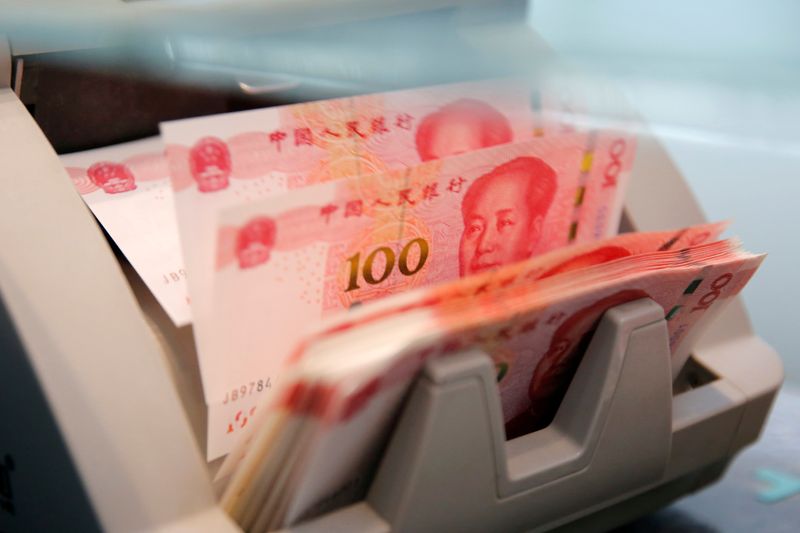 © Reuters. FILE PHOTO: Chinese 100 yuan banknotes are seen in a counting machine while a clerk counts them at a branch of a commercial bank in Beijing, China, March 30, 2016. REUTERS/Kim Kyung-Hoon/File Photo

Chinese policymakers have stepped up support for the slowing economy as Shanghai and other cities ease COVID-19 lockdowns following a drop in new infections.

In May, the central bank cut its benchmark reference rate for mortgages by an unexpectedly wide margin, its second reduction this year, in a bid to turn around the contracting housing market, a key economic growth driver.

But analysts say both banks and potential borrowers remain cautious in case there are further virus disruptions.

After discovering a handful of new cases, China's commercial hub of Shanghai will lock down millions of people for mass COVID-19 testing this weekend - just 10 days after lifting a gruelling two-month lockdown - unsettling residents and raising concerns about the business impact.

Premier Li Keqiang has vowed to achieve positive economic growth in the second quarter, although many private sector economists have pencilled in a contraction.

China will increase the credit quota for policy banks by 800 billion yuan ($120 billion) for them to support infrastructure construction, state television CCTV quoted a cabinet meeting as saying.

Broad M2 money supply grew 11.1% from a year earlier, central bank data showed, above estimates of 10.4% forecast in the Reuters poll. M2 grew 10.5% in April from a year ago.

Outstanding yuan loans grew 11.0% in May from a year earlier compared with 10.9% growth in April. Analysts had expected 10.7% growth.

Growth of outstanding total social financing (TSF), a broad measure of credit and liquidity in the economy, quickened to 10.5% in May from 10.2% in April.