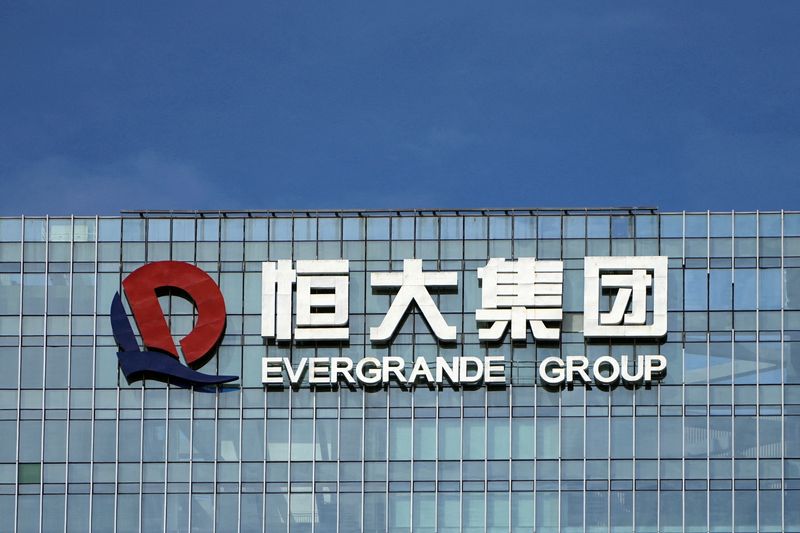 HONG KONG (Reuters) -Shares of China Evergrande Group edged up on Friday after the world's most indebted developer secured a crucial approval from onshore bondholders to delay payments on one of its bonds as more developers race to avert defaults.

Struggling with $300 billion in liabilities, including $19 billion in international bonds deemed to be in cross-default after missing a payment deadline last month, Evergrande is working to avoid a technical default onshore that would complicate its politically sensitive restructuring.

The firm reached an agreement with bondholders on Thursday to delay redemption and coupon payments for a 4.5 billion yuan ($707.52 million) bond which were due on Jan. 8 by six months.

"The approval was expected; bondholders would not want to break up with Evergrande now because they hope the problem could be resolved eventually," said Kington Lin, managing director of Asset Management Department at Canfield Securities Limited.

As of 0330 GMT, shares of Evergrande had climbed 1.2%, versus a 0.2% decline in the Hang Seng Mainland Properties Index. Its unit China Evergrande New Energy Vehicle Group Ltd jumped 8.1%.