China Banks May Face $350 Billion in Losses From Property Crisis 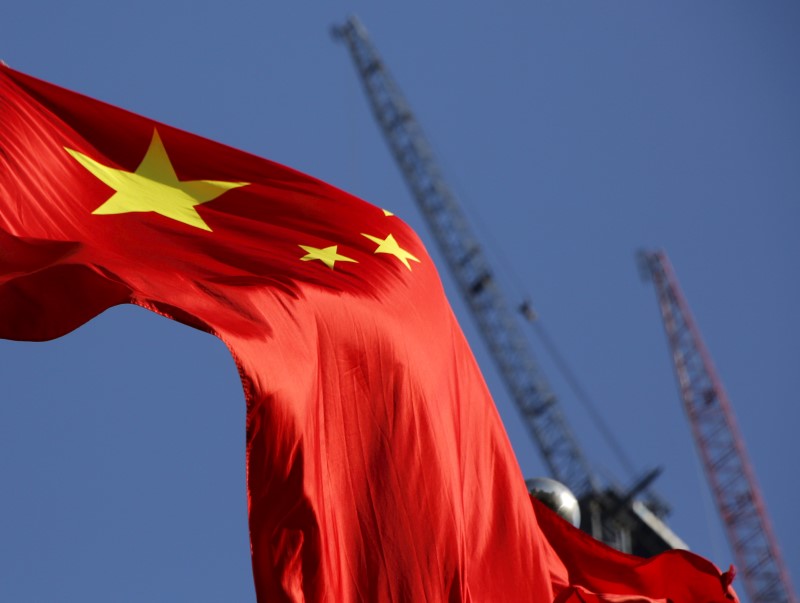 A spiraling crisis of stalled projects has dented the confidence of hundreds of thousands of homebuyers, triggering a mortgage boycott across more than 90 cities and warnings of broader systemic risks. The big question now is not if, but how much it will batter the nation’s $56 trillion banking system.

In a worst-case scenario, S&P Global Ratings estimated that 2.4 trillion yuan ($356 billion), or 6.4% of mortgages, are at risk while Deutsche Bank is warning that at least 7% of home loans are in danger. So far, listed banks have reported just 2.1 billion yuan in delinquent mortgages as directly affected by the boycotts.

“Banks are caught in the middle,” said Zhiwu Chen, a professor of finance at the University of Hong Kong Business School. “If they don’t help the developers finish the projects, they would end up losing much more. If they do, that of course would make the government happy, but they add more to their exposure to delayed real estate projects.”

Already rattled by headwinds from slowing economic growth, Covid disruptions and record high youth unemployment, Beijing is placing financial and social stability at the top of its priorities. Efforts that have been contemplated so far included a grace period on mortgage payments and a central bank-backed fund to lend financial support to developers. Either way, banks are expected to play an active role in a concerted state bailout.

The exposure of Chinese banks to the property sector tops that of any other industry. There were 39 trillion yuan of outstanding mortgages and another 13 trillion yuan of loans to developers at the end of March, according to data from the People’s Bank of China.

The real estate market is “the ultimate foundation” for financial stability in China, Teneo Holdings managing director Gabriel Wildau said in a note this month.

As authorities move to keep risks in check, lenders with high exposure could come under greater scrutiny. Mortgages accounted for about 34% of total loans at Postal Savings Bank of China Co Ltd (SS:601658) and China Construction Bank (OTC:CICHF) Co (SS:601939) at the end of 2021, above a regulatory cap of 32.5% for the biggest banks.

About 7% of outstanding mortgage loans could be impacted if the defaults spread, according to Deutsche Bank analyst Lucia Kwong. That estimate may still be conservative given the limited access to information on the unfinished projects, she said.

To limit the fallout, China could tap into the excess capital and surplus loan provisions at its 10 biggest lenders, which amounts to a combined 4.8 trillion yuan, according to a report by Francis Chan and Kristy Hung, analysts at Bloomberg Intelligence.

Local banks -- city and rural commercial lenders -- could shoulder more responsibility than state peers, based on earlier bailouts and also due to their stronger ties with local governments, though their capital buffers lag far behind industry average.

Chinese banks have raised a record amount of capital in the first half from bond sales as they prepare for a potential spike in soured loans.

Bad loans at lenders, which amounted to 2.9 trillion yuan at the end of March, are poised to reach new records and further strain an economy that’s expanding at the slowest pace since the onset of the Covid outbreak.

While China’s total debt-to-GDP is forecast to climb to a fresh record this year, consumers have been reluctant to take on more leverage. That has ignited a debate over the risk of China falling into a “balance sheet recession,” with households and companies cutting back on spending and investing.

Disposable income growth is slowing, further hurting the ability of homebuyers to service their debts. China’s home price weakness had spread to 48 of 70 major cities in June, up from 20 in January.

S&P Global forecast home sales could drop as much as 33% this year amid the mortgage boycott, further squeezing the liquidity of distressed developers and leading to more defaults. Some 28 of the top 100 developers by sales have either defaulted on bonds or negotiated debt extensions with creditors over the past year, according to Teneo.

Property investments, which drive demand for goods and services that account for about 20% of the nation’s gross domestic product, plunged 9.4% in June.

Bank earnings are at stake. After recording the fastest profit expansion in nearly a decade last year, the nation’s lenders face a challenging 2022 as the government pressures them to support the economy at the cost of earnings.

A 10 percentage-point slowdown in real estate investment growth translates into a 28 basis-point increase in overall bad loans, meaning a 17% decline in their 2022 earnings,  Citigroup analysts led by Judy Zhang estimated in a July 19 report.

The Hang Seng index of mainland banks has plunged 12% this month.