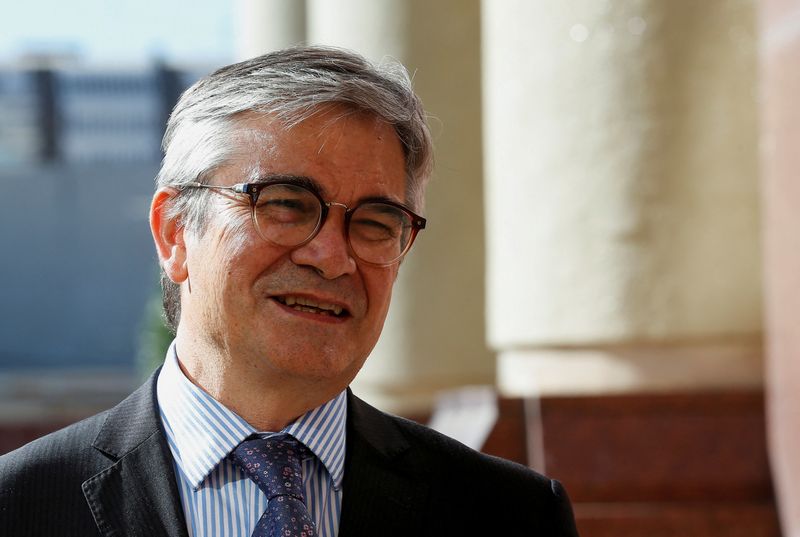 NEW YORK (Reuters) - Chile estimates it will issue $12 billion in total debt next year and the largest budget increases will be in social protection and science and technology, Finance Minister Mario Marcel told Reuters on Thursday.

"So we're cutting (issuance) by half, reflecting the fact that we will have an overall balance that will be considerably stronger than what people thought we would have," said Marcel, adding most of it will be to refinance maturing issues.

The minister is confident Chile will soon make a dent on inflation, running at double digits.

"We're particularly confident in terms of curbing inflation earlier than other countries," he said, citing an early and consistent monetary policy tightening that began in mid-July 2021.

The Chilean peso has been pressured like many other currencies by the dollar strength, breaching the 1,000 pesos per dollar mark for the first time last July.

It currently sits at 944 pesos per greenback, down nearly 10% so far this year.

Marcel said between 100 and 150 pesos in the exchange are due to an uncertainty premium he says shot up in late 2019 when Chileans took to the streets in what were the largest social protests in decades.

The COVID-19 pandemic and a string of votes in Chile, including a referendum that rejected a new constitution that would have sharply expanded social benefits, helped keep uncertainty high.

The pension reform is expected to be presented to Congress in a matter of weeks, aiming among other things to expand the basic benefit by some 30% and increase contributions from employers by 6%.

"Pension reform should cost in the longer run something between 4% and 5% of (gross domestic product)," Marcel said.

"It should take at least six years to face-in all this increase so as not to have an impact on employment."