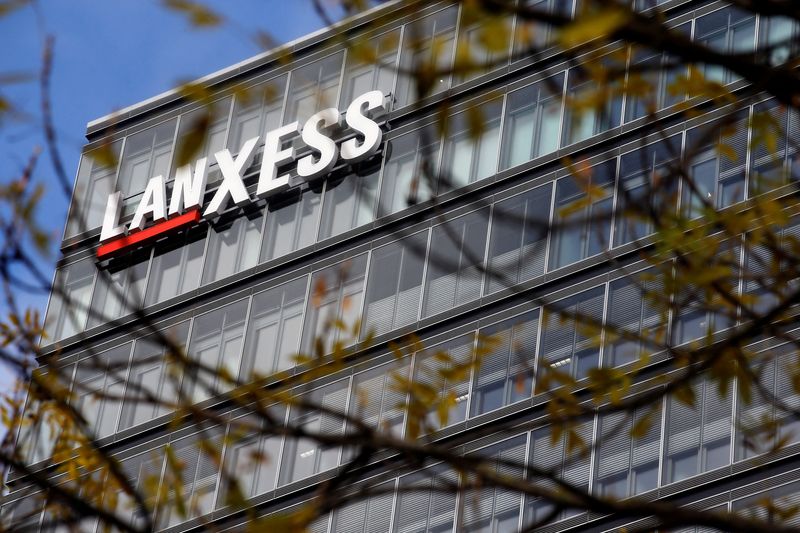 (Reuters) -German speciality chemicals maker Lanxess on Thursday said a potential embargo on Russian gas would weigh on its production and core profit this year, after releasing upbeat guidance for the current quarter.

The Cologne-based group said a complete freeze on Russian gas imports would have an estimated direct negative effect of 80 million to 120 million euros ($85-$127 million) per year on its adjusted core profit (EBITDA), though the indirect effects were unquantifiable.

Lanxess, which makes high-end speciality chemicals such as additives, lubricants, flame retardants and plastics, expects a second-quarter core profit of 280 million to 350 million euros, compared with 277 million last year, as it intends to keep passing on higher raw material and energy costs in all segments.

The company has so far managed to largely push through average price hikes of 31% amid global materials shortages while profiting from strong demand for high-margin speciality chemical products.

Chief Executive Officer Matthias Zachert told journalists that if energy prices were to remain stable, the company could face around 1 billion euros in energy costs for the full year, twice as much as in 2021.

He said that in the event of a gas embargo, which would have "catastrophic consequences" for the German chemicals sector, production at the most gas-intensive sites would be shut down, while a reduction in output would be needed at other plants.

Shares in the Frankfurt-listed company were down 3.3% at 1030 GMT, among the worst performers on the German mid-cap index.

For the full year, Lanxess still expects EBITDA before one-off items to be significantly higher than in 2021.

However, it said the outlook did not include the potential effects of the war in Ukraine or the acquisition of IFF's Microbial Control business, which is expected to close in the third quarter.