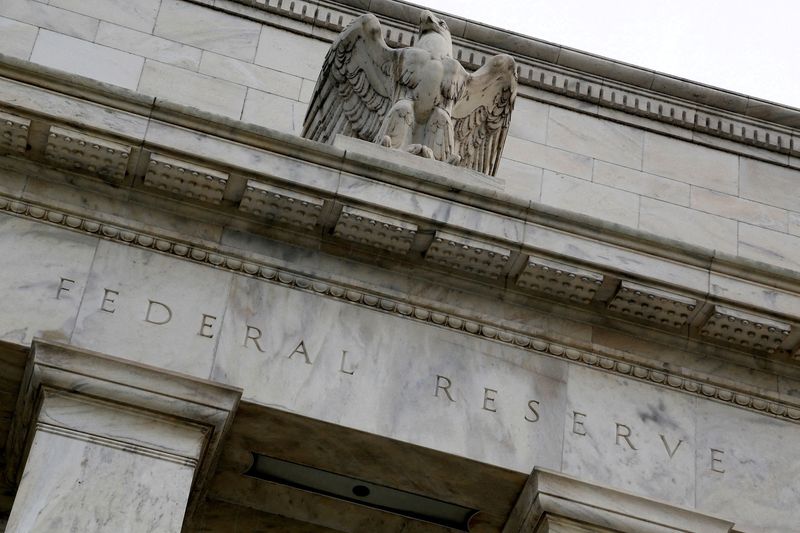 WASHINGTON (Reuters) - Federal Reserve officials adjourned their July 26-27 policy meeting with an unusually long eight-week break before their next gathering, sending a heavier-than-normal amount of U.S. data about inflation, jobs, and the economy to their in-boxes.

The interlude, however, has been less clarifying than humbling as U.S. central bank officials gained little sense of how their battle against inflation may end, and instead acknowledged the fight may take longer than expected.

There still seems a chance that price pressures can be lowered without a sharp economic slowdown. Signs of a developing recession have eased since the Fed's policy-setting committee last met.

For now, it appears likely that the Fed will raise interest rates by three-quarters of a percentage point next week, although the release on Tuesday of higher-than-expected consumer price data introduced a measure of uncertainty to that outlook - to the high side.

What comes after that meeting is up for grabs. New economic projections to be released alongside the Sept. 21 policy statement will give an indication of what policymakers think will happen, but their track record of late has not been good.

Fed officials got a jolt in June when inflation rose faster than expected, then a bit of a reprieve in July when the annual pace of price increases slowed.

That brief shining moment, providing some hope the worst was over, evaporated in August. Though falling gasoline prices helped ease overall inflation - by a bit - the decline was modest, and underneath it all a wide variety of "core" prices unexpectedly increased. The Consumer Price Index rose at an annual pace of 8.3% last month. Excluding the volatile food and energy components, it registered 6.3%.

All told, despite the Fed's fastest set of rate hikes since the early 1980s, inflation so far is moving sideways. For inflation to fall from its current annual pace to something near the Fed's 2% target, the month-to-month increase would have to average around 0.2%, about a third of what it has been averaging since the start of 2021.

Most sobering, the mechanics aren't working as expected. Much stock was put in the idea that goods prices would fall as supply chains improved, and offset what was also expected to be a rise in service costs as people began traveling, going out to eat, and catching up on types of spending limited during the COVID-19 pandemic.

Service inflation has picked up. Goods prices have not hit the cliff yet, however, and in fact rose in August.

And more pain may be on the way. In recent weeks, Fed officials have pinpointed rising rents as likely keeping inflation high for the time being, and continued wage growth - particularly relevant to prices in the labor-intensive service sector - as a concern as well. (Graphic: Hourly wage growth, https://graphics.reuters.com/USA-ECONOMY/WAGES/znpnewnqjvl/chart.png)

The two full months of fresh data since the Fed's July meeting have not been all bad.

In late August, revisions to estimates of gross domestic product and gross domestic income for the first half of the year eased concerns about a developing recession. GDP still shrank, but by less than initially estimated; the income measure, another way to track the economy's speed, continued to grow. Averaging the two together, the U.S. economy managed small gains from January through July.

More notably for the Fed, the job market not only remains strong, it is starting to behave in ways that policymakers have hoped for.

The two monthly employment reports released since the Fed's last meeting showed the economy added 526,000 jobs in July and 315,000 in August, a continued strong showing for a labor market the Fed hopes can weather higher interest rates without the shock of major layoffs. (Graphic: Payroll growth remains strong, https://graphics.reuters.com/USA-FED/JOBS/byvrjgewnve/chart.png)

There are plenty of skeptics, and the book is still open. For the Fed's hoped-for "soft landing" of lower inflation alongside a healthy job market and growing economy, upcoming data on job openings needs to show vacancies in decline.

The unemployment rate ticked up somewhat in August, but the Fed hopes the real release valve for wage pressures and labor market "tightness" will come from employers scaling back hiring plans as the economy cools instead of paying a premium for workers they feel they need to meet demand and pad profits.

The August data did show some potentially good trends for the Fed.

The increase in the unemployment rate, for example, from 3.5% to 3.7%, was driven by a rise in labor force participation - of more people not just in jobs, but choosing to look for them.

Perhaps more importantly, the labor force gain was the product of strong flows into the job market, not just, as it sometimes is, a decline in people leaving - an important distinction.

Both numbers point to the sort of rising pool of labor and growing "attachment" to the labor force that could help ease wage pressures and also help lower the vacancy rate over time.