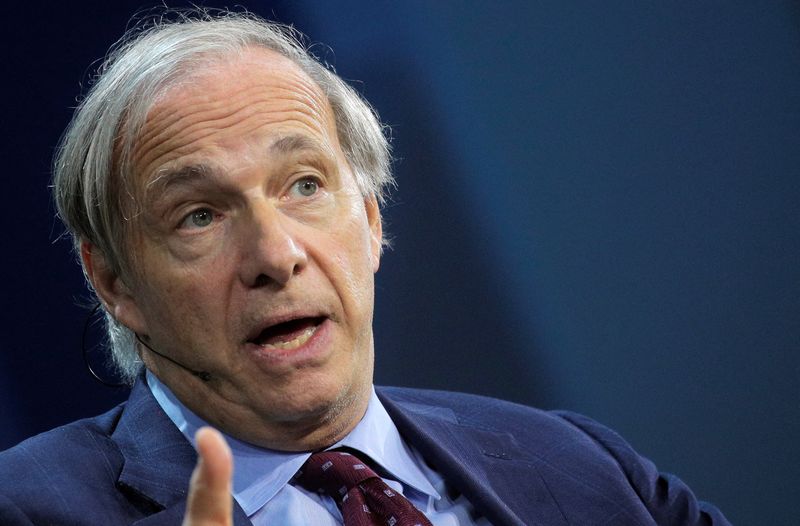 The comments come as major central banks around the world have started or are preparing to tighten monetary policy to curb rising inflation pressures, even as the Omicron coronavirus variant poses a risk to the global economic outlook.

"The mindset needs to change in which everybody looks at the returns in real terms," Dalio, the founder of Bridgewater Associates, told a virtual UBS Greater China conference this week.

"In other words, inflation adjusted because you want buying power, that's what you're trying to store."

"If you're holding an asset that has very little return virtually and is not volatile, but loses to inflation.., you have to start to look at that and so basically for the most part underweighting or under-using that cash," he said.

Instead, he suggested investors stay very well diversified, in terms of currency and geography, without elaborating further.

Dalio also endorsed China's campaign to promote "common prosperity" among its people. He said Chinese leaders understand a cycle in which the country gets rich first and then makes effort to distribute opportunities in a more equal way.

Bridgewater is one of the most active foreign hedge fund operating in China, since it registered with the Chinese authority in 2016. It now has more than 10 billion yuan ($1.57 billion) of assets under management in China.

"I think a lot of people… tend to make a mistake of thinking that this is like a return to communism under Mao, rather than understanding it's just part of the evolutionary process," he said. "I think the United States through its own system needs more common prosperity and a lot of countries do."