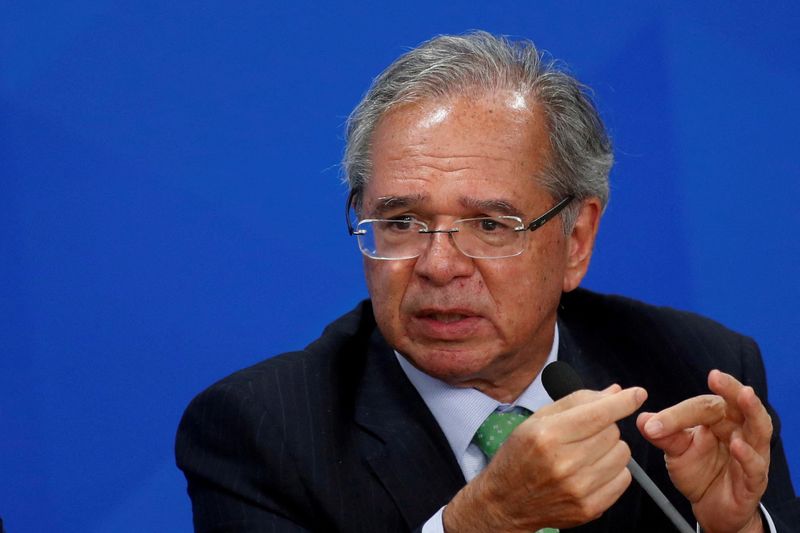 BRASILIA (Reuters) - Brazil's government estimated on Thursday it will post a primary surplus this year, the first since 2013, with public accounts benefiting from booming tax revenue and hefty dividends from state-owned companies.

The number sharply contrasts with the primary deficit of 59.354 billion reais seen in July and an official deficit target of 170.5 billion reais for 2022.

Compared with calculations made just two months ago, the government improved estimated net revenues for the year by 69.9 billion reais, forecasting a more robust tax collection and additional 25.6 billion reais in dividends.

Dividends were mainly pushed by state-controlled oil company Petrobras, which saw its profit soar with the rise in oil prices after the Ukraine war.

Economy Minister Paulo Guedes has argued that revenue improvement responds not only to spiking commodities but also to reforms carried out by the government, which lowered the unemployment rate and attracted more private investment.

The government also announced in the report the need to freeze an additional 2.6 billion reais in expenses to comply with the constitutional spending cap.

The details of the cuts will be formalized at the end of the month, adding to pressure on President Jair Bolsonaro, who is trailing in his re-election campaign to leftist rival Luiz Inácio Lula da Silva ahead of an Oct. 2 vote.