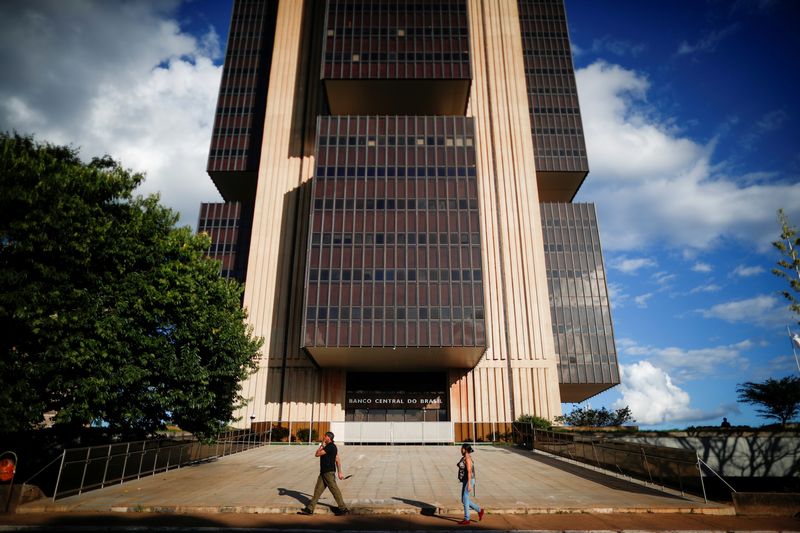 BRASILIA (Reuters) - Brazil's central bank on Wednesday decided to keep interest rates unchanged, pausing an aggressive monetary tightening cycle even as policymakers in the United States and other major economies are still racing to catch up with inflation.

The bank's rate-setting committee, known as Copom, decided by a vote of 7-to-2 to leave its benchmark Selic interest at 13.75% after 12 consecutive increases. Of the 32 economists polled by Reuters, 24 expected the policymakers to hold rates and eight forecast a final increase of 25 basis points.

With that, policymakers likely ended what had been the world's most aggressive rate-hiking cycle, lifting the benchmark rate from a record-low 2% in March 2021 and putting Brazil ahead of many central banks that only started raising rates recently.

The Federal Reserve delivered its third straight steep rate increase on Wednesday and flagged another on the way this year.

However, central bank directors have taken a harsher tone in recent public comments, stressing it is too early to start discussing lower rates as the battle with inflation is not done.

"The Committee reinforces that future monetary policy steps can be adjusted and will not hesitate to resume the tightening cycle if the disinflationary process does not proceed as expected," policymakers wrote in the statement of their decision.