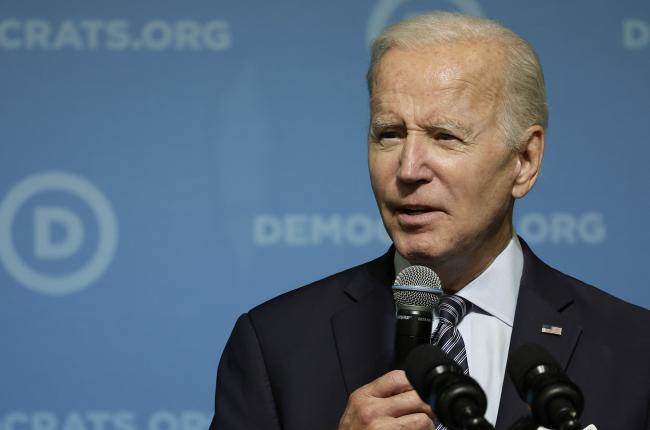 (Bloomberg) -- The latest US inflation data shows “progress” in the effort to curb price gains, but there’s more work to do, the White House said after worse-than-expected figures put new pressure on the Federal Reserve.

Headline consumer prices increased in August by 0.1%, hotter than a forecast decline of the same figure. Core inflation, a measure that strips out volatile fuel and food costs and is closely watched by the Federal Reserve, rose by 0.6%, double the forecast. Year-over-year inflation dropped for the second month, to 8.3%, but also exceeded the forecast of 8.1%.

In a statement, Biden sidestepped the monthly spike in core inflation and instead pointed to elements in the data, alluding to top-line inflation being “essentially flat” and hailing a drop in gas prices.

“Today’s data show more progress in bringing global inflation down in the US economy,” Biden said. “It will take more time and resolve to bring inflation down.”

Biden later Tuesday will host a celebration of the Inflation Reduction Act  -- a law passed by Democrats last month whose effects will take years to fully sink in. The event at the White House was scheduled weeks ago as the US saw a steady decline in gasoline prices, which have dropped to an average of $3.71 a gallon nationally from a high of $5.02 in June.

That drop, though, was offset by price hikes elsewhere, including in shelter costs. The latest data shows Biden still faces headwinds on the economy -- and it surely cements the Fed’s commitment to continued rate hikes to tame prices.

The development cuts against a spate of positive economic news that has boosted Democrats’ prospects for retaining control of at least one chamber of Congress in midterm elections now less than two months away, after polls earlier this year signaled defeats in both.

While a decline in gasoline prices has tempered what would otherwise have been even hotter price growth, Biden is not out of the woods there, either -- US officials worry also that a rebound in oil prices could be coming if EU sanctions due to kick in later this year aren’t accompanied by other measures, such as a price cap on the purchase of Russian oil.