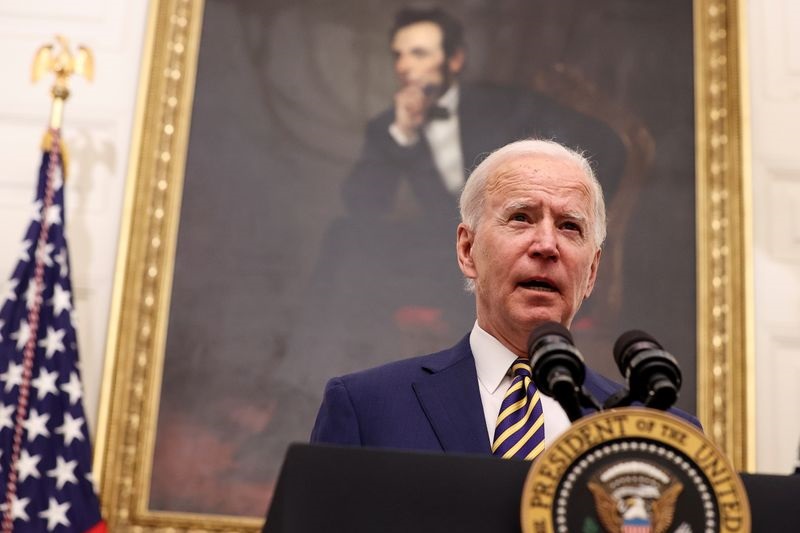 (Bloomberg) -- President Joe Biden said his economic plan is working after a report showed the U.S. economy added a record 6.4 million jobs in 2021 -- rebounding strongly from unprecedented losses in 2020 caused by the pandemic.

“That’s the most jobs in any calendar year by any president in history,” Biden said Friday at the White House after the release of Labor Department data. “America is back to work.”

The president sought to counter polls showing voters are dissatisfied with his handling of the economy, largely the result of spiking inflation. Biden also disputed assertions from GOP lawmakers who say he’s not doing enough to address inflation, outlining steps the administration is taking to ease kinks in global supply chains.

“I would argue, the Biden economic plan is working,” Biden said.

After shedding more than 22 million jobs at the start of the pandemic, the widespread availability of vaccines in early 2021 supported a bounce-back in demand for services as pandemic-weary consumers ramped up spending on travel and dining out. And excess savings, fueled in part by the Democrats’ $1.9 trillion stimulus bill in March, bolstered demand for goods.

The unemployment rate fell to 3.9% in December, well below levels that economists had anticipated at the start of last year. Biden highlighted increases in wages and a decline in layoffs.

Biden renewed his call for lawmakers to pass his roughly $2 trillion tax and social spending plan, saying it would help address high prices. He also said the Federal Reserve would act to restrain inflation.

“I’m confident the Federal Reserve will act to achieve their dual goals of full employment and stable prices and make sure the price increases do not become entrenched over a long term, with the independence that they need,” Biden said. “But the best way that I as president, and the Congress as a legislature can tackle high prices, is by building a more productive economy with greater capacity to deliver for the American people.”

Biden also highlighted that the stock market has boomed since he took office, underscoring that his focus on boosting working-class families isn’t at the expense of the wealthy.

“By the way, the stock market -- the last guy’s measure of everything -- it’s about 20% higher than it was when my predecessor was there,” he said, referring to Donald Trump’s regular touting of equity-market gains during his administration. “It has hit record after record after record on my watch while making things more equitable for working-class people.”