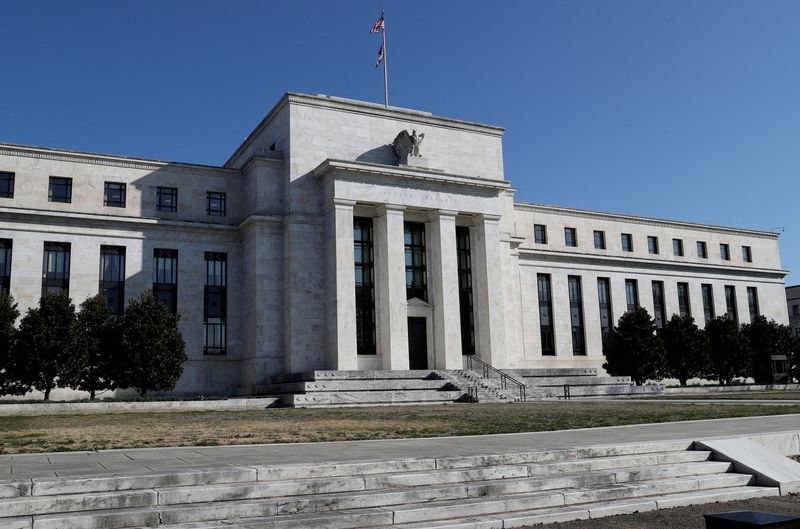 WASHINGTON (Reuters) -U.S. President Joe Biden has picked former Federal Reserve Governor Sarah Bloom Raskin as the Fed's vice chair of supervision and two Black economists - Lisa Cook and Philip Jefferson - to serve on its Board of Governors, a source familiar with the process said.

The White House sent the nominations to the Senate late on Thursday, the source said.

The nominations, if confirmed by the Senate, will represent a landmark demographic overhaul of the world's most powerful central bank.

The appointments would fill out the ranks of a seven-member panel that wields tremendous influence over the U.S. economy and would make the Fed's top leadership the most diverse by race and gender in its 108-year history.

"President Biden has nominated a serious, qualified, nonpartisan group of five nominees for the Board of Governors of the Federal Reserve who together will bring an extraordinary amount of skill, experience, and competence to the Federal Reserve," said one source familiar with the matter.

"They will prioritize the independence of the Federal Reserve and are committed to fighting inflation, maintaining stability in our economy in the midst of the pandemic, and making sure our economic growth broadly benefits all workers," the source said.

Cook, a professor of economics and international relations at Michigan State University, would be the first Black woman to serve as a Fed governor. Jefferson, a professor and senior administrator at Davidson College in North Carolina, would be only the fourth Black man to sit on the panel and the first in more than 15 years.

Biden's nominees would also mean that the seven-member Board of Governors would include four women, also a first. Currently, the Fed's board has only six members, all white and four of whom are men.

The effort to make the central bank look more like America comes at a critical time. Inflation is at its highest level in decades. Unemployment is down, but U.S. employers have millions fewer workers on their payrolls than they did before the pandemic.

The Fed, charged with both keeping prices stable and maximizing U.S. employment, is debating how fast and how far to raise interest rates and otherwise tighten monetary policy to rein in inflation without short-circuiting the labor market.

Leading that debate is Fed Chair Jerome Powell, whom Biden late last year asked to serve a second four-year term as head of the central bank starting next month. The Senate Banking Committee held Powell's nomination hearing https://www.reuters.com/business/feds-powell-heads-hill-hearing-with-inflation-focus-2022-01-11 on Tuesday, while Fed Governor Lael Brainard, who Biden has nominated to be the central bank's vice chair, appeared before the panel https://www.reuters.com/world/us/feds-most-important-task-is-control-inflation-brainard-says-2022-01-13 on Thursday.

Raskin, who spent four years as a Fed governor before being tapped as a deputy Treasury secretary from 2014 to 2017, is expected to bring tougher oversight to bear on Wall Street than the Fed's previous vice chair of supervision, Randal Quarles, who left the Fed at the end of last year.