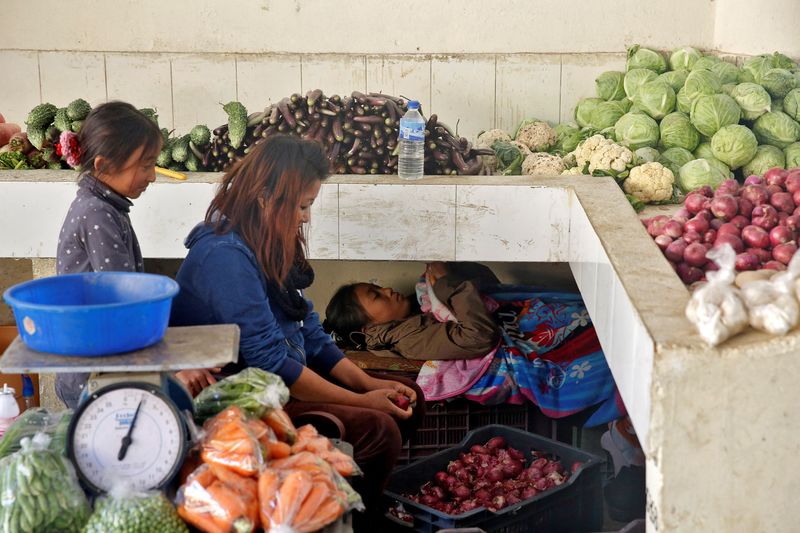 By Gopal Sharma and Manoj Kumar

KATHMANDU/NEW DELHI (Reuters) - Bhutan is considering several steps to contain adverse impacts on the economy following a fall in foreign exchange reserves, its economic affairs minister said on Thursday, after the government warned residents about possible curbs on imports.

Like many energy importing countries in South Asia, Bhutan, with a population of less than 800,000, is confronting the effects of soaring oil and grain prices due to the war in Ukraine, just as its economy is reeling from the impact of the pandemic, including a strict zero-COVID policy that has barred foreign tourists for the past two years.

"Steps are being looked into to avoid any serious fallout," Loknath Sharma, the country's economic affairs minister told Reuters, adding the government was closely watching the impact of dwindling foreign exchange reserves.

However, he declined, to say what steps could be taken.

Earlier this month, Bhutan increased cash bonuses paid to residents receiving remittances from overseas to 2% of each remittance from 1% previously, as part of its efforts to attract foreign currency.

Foreign exchange reserves declined to $970 million at the end of December from $1.46 billion in April 2021, data released by the Royal Monetary Authority of Bhutan earlier this month showed, while total external debt rose to $3.2 billion from $2.7 billion before the pandemic.

In the first phase, the government will stop importing non-essential commodities such as snacks and biscuits. The second phase would include a ban on the import of more important goods and in the third phase, only the import of essential items will be allowed, BBS reported.

Bhutan, wedged between China and India, owes a debt of over $2.2 billion to India, its major trading partner, and about $1 billion to financial institutions including the World Bank and Asian Development Bank.

Sharma said current forex reserves would cover imports for about 15 months, meeting a constitutional requirement to maintain reserves to cover at least 12 months of imports.

Local traders said rising fuel imports, amounting to nearly one-fifth of total imports, was a major worry, along with imports of passenger vehicles, while tourism earnings, crucial for the economy, have yet to pick up after two years of pandemic.

Bhutan said in June that it will reopen for international tourists from September.