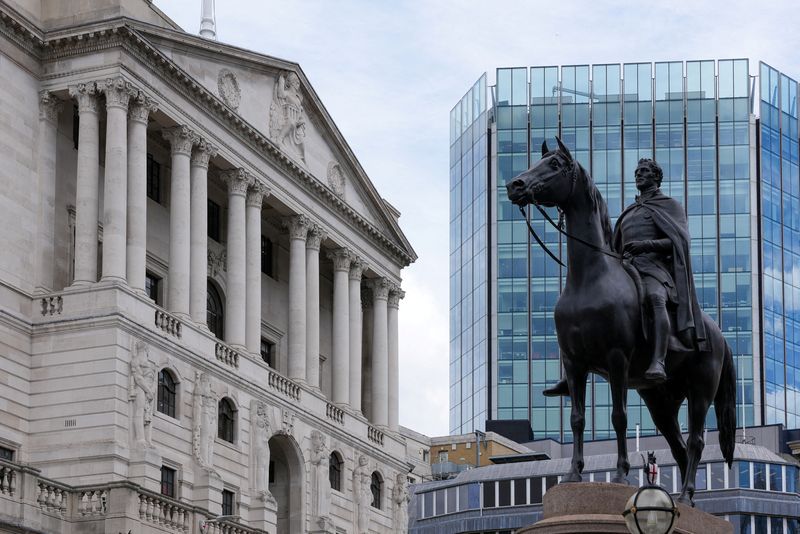 LONDON (Reuters) - Banks still need to improve their risk management and learn the lessons from various crises that rocked markets in 2022, regulators at the Bank of England said on Tuesday.

The shortcomings came despite the PRA asking firms to review their risk exposures after the collapse of Archegos Capital Management - which saddled global banks with $10 billion of losses - the previous year, the regulator said.

"However, despite regular messaging from the PRA on the subject, these events demonstrated that firms continue to unintentionally accrue large and concentrated exposures to single counterparties, without fully understanding the risks that could arise," the letters said.

"In 2023, firms must ensure that those lessons from past crises are definitively learned in full, and thoroughly embedded across the first and second lines of defence."

The letters outlined the PRA's supervisory priorities for banks for 2023, and also called on domestic lenders to ensure they were able to continue to support businesses and households and withstand a challenging global economic outlook.

In a separate letter to insurers, the PRA said the blow-up in so-called liability-driven investment strategies for pension funds last year had highlighted gaps in firms' liquidity risk frameworks that would require further work.

The PRA also warned insurers that their management of exposures to non-natural catastrophes such as cyberattacks remained "immature" and could risk outsized losses, adding that it would work with the industry to better manage the risks.

The warnings from the Bank of England echo a similarly cautious message from the euro zone's chief supervisor, the European Central Bank.

It said last December banks need to prepare for the impact of higher interest rates, pointing to the threat of loan losses.

The ECB urged banks to prepare for the wider impact of rising borrowing costs, such as higher withdrawals of savings, and it singled out the risk of banks' derivatives linked to interest rates.