Bank of England to sell 8.7 billion stg of government bonds in Q4 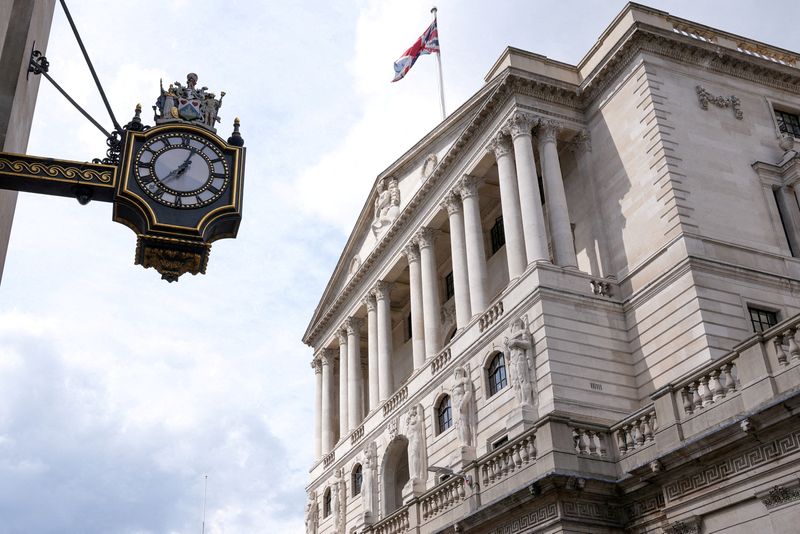 LONDON (Reuters) - The Bank of England said on Thursday that it would sell around 8.7 billion pounds of government bonds in the final quarter of 2022, becoming the first major central bank to begin active sales.

The BoE's Monetary Policy Committee voted unanimously to reduce its 838 billion pounds of gilt holdings by 80 billion pounds over the coming year, broadly in line with plans announced last month.

The reduction will come through a mixture of maturing gilts and gilt auctions. There will be 15 auctions from October to the end of the year with a planned size of 580 million pounds each, for gilts across a range of maturities.