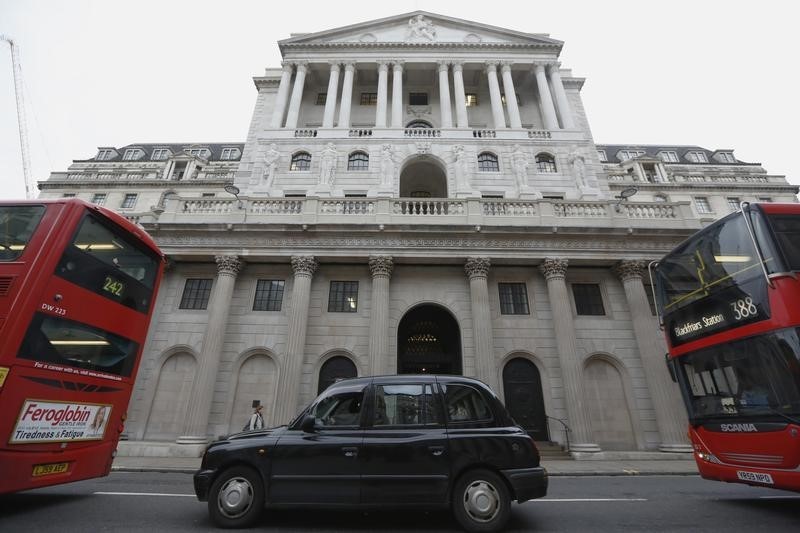 Investing.com -- The Bank of England raised its key refinancing rate by 50 basis points on Thursday, responding to the highest inflation in over 30 years with its biggest hike in 27.

The nine members of the bank's Monetary Policy Council voted unanimously for the measure, a surprising show of unity given that some members had indicated ahead of time that they favored a smaller 25 basis point step due to increasingly clear signs that the U.K. economy is heading into recession.

The bank reaffirmed that it expects the economy to start contracting later this year, but was forced to take aggressive action by a new forecast that sees inflation rising to over 13% by the fourth quarter, due largely to another big increase in regulated household energy prices. It had previously forecast a peak in CPI inflation of only 9.4%.

""The labour market remains tight, and domestic cost and price pressures are elevated," the Bank said. "There is a risk that a longer period of externally generated price inflation will lead to more enduring domestic price and wage pressures."

It noted that it expected inflation to remain "at very elevated levels" for most of next year before starting to decline to its 2% target.

Separately, the Bank also indicated that it will reverse the 'quantitative easing' of the last couple of years twice as fast as it previously estimated. The MPC is now targeting sales of 80 billion pounds of U.K. government bonds, known as Gilts, over the next year. Sales are due to start shortly after the MPC's September meeting, subject to market conditions.