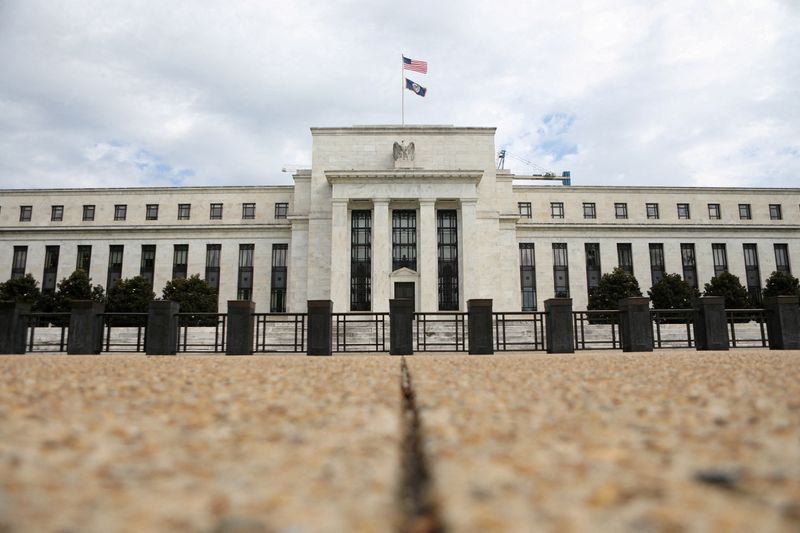 NEW YORK (Reuters) - Americans' ability to meet a large unexpected expense was little changed in the New York Federal Reserve's latest survey on credit issues, even as respondents to the poll said they might need to take on more credit in the coming months.

The regional Fed bank said in its latest Credit Access Survey, which was released on Monday and details developments for this year, that respondents reported "a slight increase in the subjective financial fragility of U.S. households." Those who said they could come up with $2,000 to meet an unexpected expense ebbed slightly to 67.5% for the year, versus 68.2% who said they could do so in 2021.

There was also little change among those who said they might need $2,000 unexpectedly, according to the New York Fed report, which concluded that both measures have been little changed since 2015, even as the coronavirus pandemic roiled the economy.

The New York Fed report also found that overall there has been "a decline in consumer credit demand in 2022, with most credit application rates stable or weakening, except for a rise in credit card applications."

But it added that households expect next year to see reduced demand for housing and auto loans, even as they foresee an uptick in applying for credit cards or seeking higher credit limits on existing cards.

The report was released as the U.S. central bank presses ahead with aggressive interest rate increases that are aimed at lowering high levels of inflation.

Fed officials are trying to boost the cost of credit to better balance demand with available levels of supply, but that is creating pressure on Americans in the form of much more expensive loans for homes and cars. Fed policy is also expected to drive up unemployment, although the job market has remained resilient so far.